Nieuwpoort is located in Flanders and is comprised of the city proper and the towns of Ramskapelle (where the cemetery is located that I showed for Flanders) and Sint-Joris.  We were here to see the Monument to King Albert I, the Soldier King, that was constructed to honor him in 1938.

The German army invaded Belgium in 1914, up until Nieuwpoort, near the sea, where they came to a grinding halt. This was achieved through the power of seawater and the smart coordination of the sluices and locks, which were opened to inundate the city.  While the Germans were stopped, the city itself was destroyed. 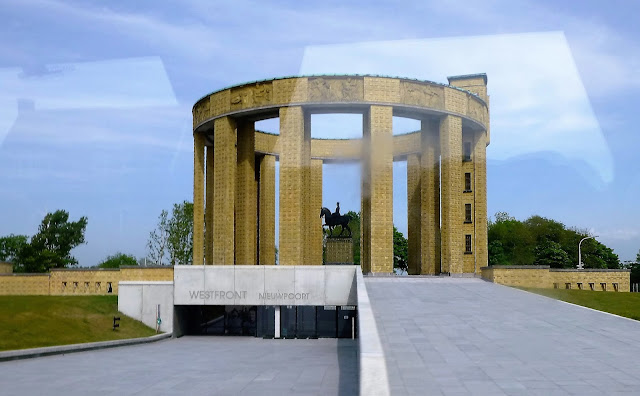 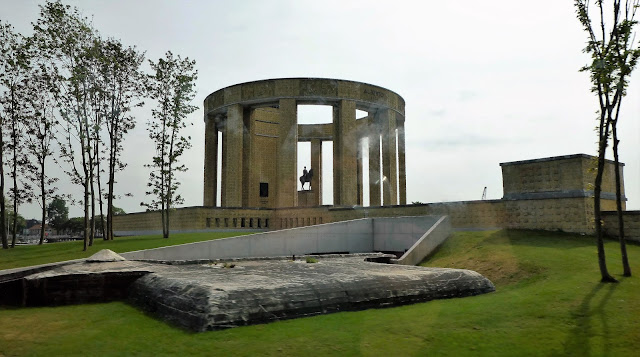 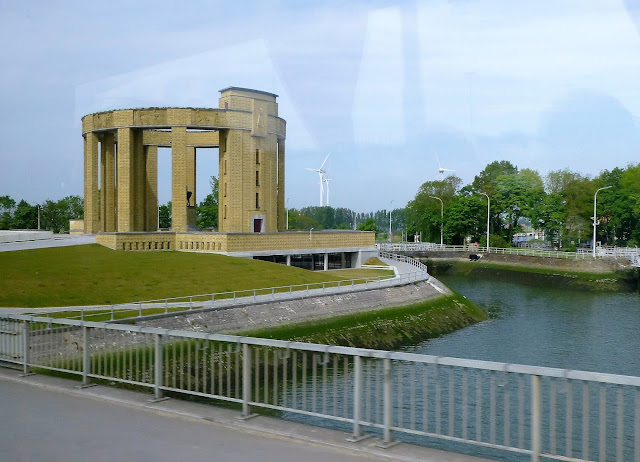 The banks of the Yser River

The word 'Yser'  is often seen in crossword puzzles.  Do you do crosswords?  Did you know the significance of the river  before reading this? 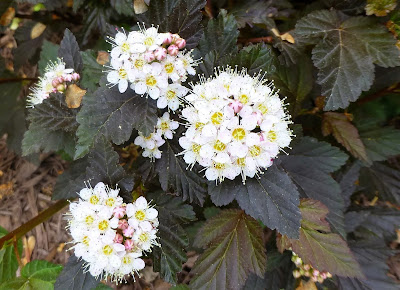 Labels: #atozchallenge, Belgium, Nieuwpoort, travel, World War I, Yser
Posted by Denise at 12:12 AM
Email ThisBlogThis!Share to TwitterShare to FacebookShare to Pinterest