Hitler's Atlantic Wall runs from Norway in the North all the way to the south of France. It was built by Adolph Hitler to keep the British, mostly, and eventually the Allies, from invading Western Europe.

The wall did not serve its purpose, though it was not without deterrence.  On June 6, 1944, D-Day commenced.  The Allies landed and started the push to take back western Europe from the Germans, leading to the end of World War II.  The Allies lost 209,000 soldiers at Normandy.

Remnants of the wall in Oostende, Belgium (above)

Here are photos from my trip to see parts of the wall in Belgium at the Atlantic Wall Museum. 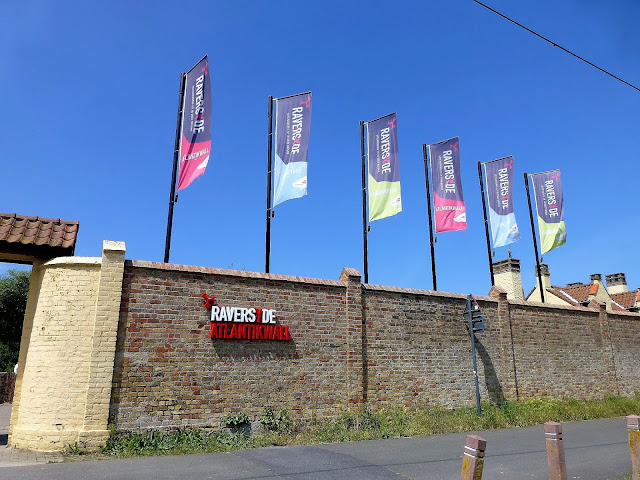 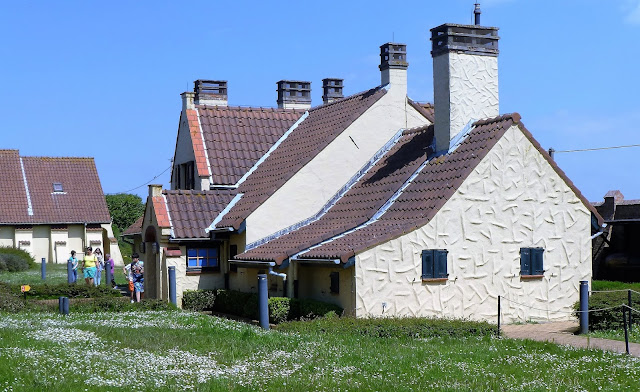 Where the Commandant lived or whomever he was. 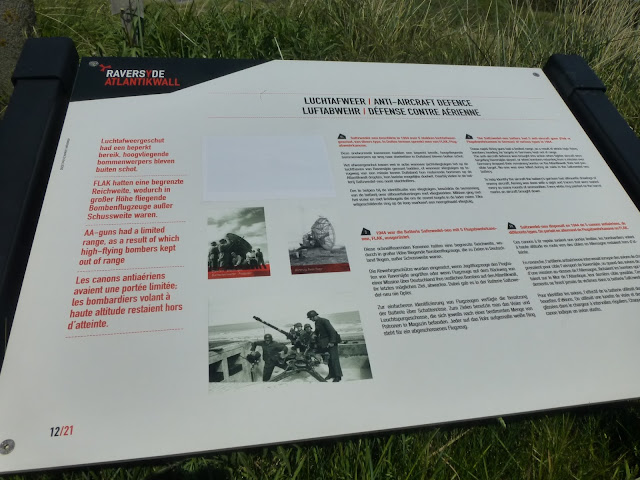 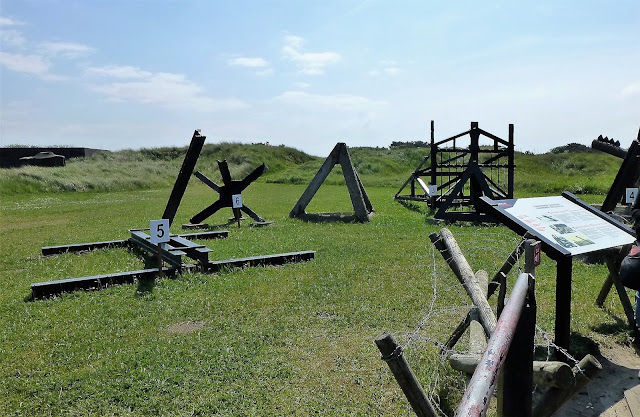 These are examples of defences that were built to keep tanks and men from crossing the beaches on the Atlantic coast. 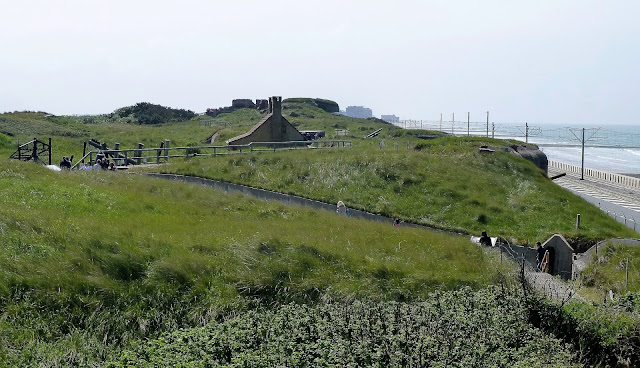 An entrance to the underground bunkers is seen in the lower right. 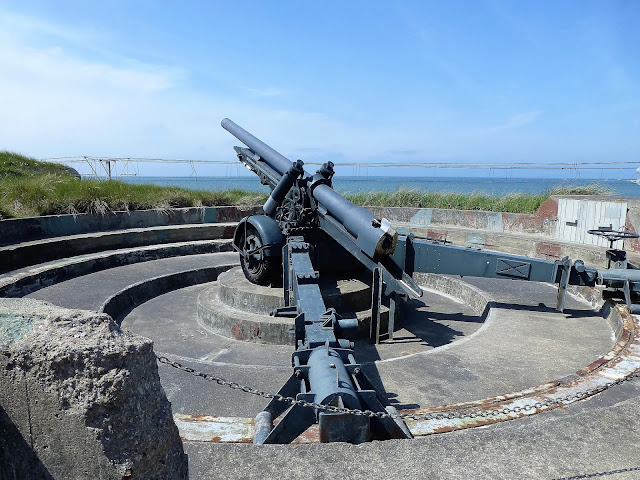 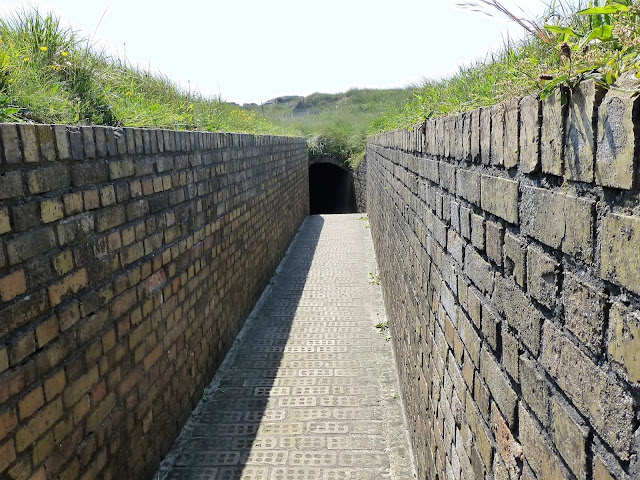 An entrance to the bunkers 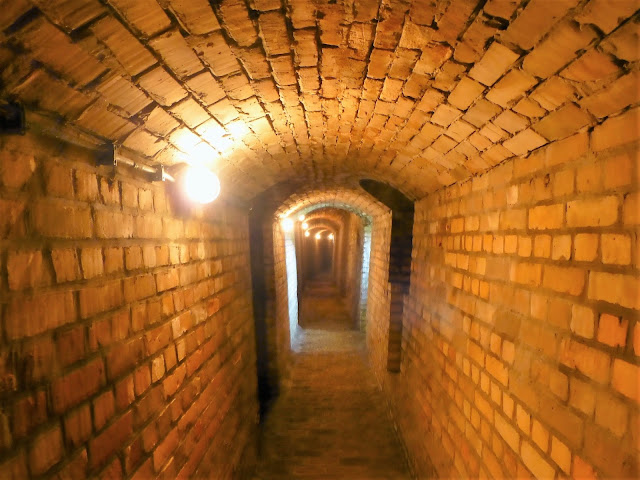 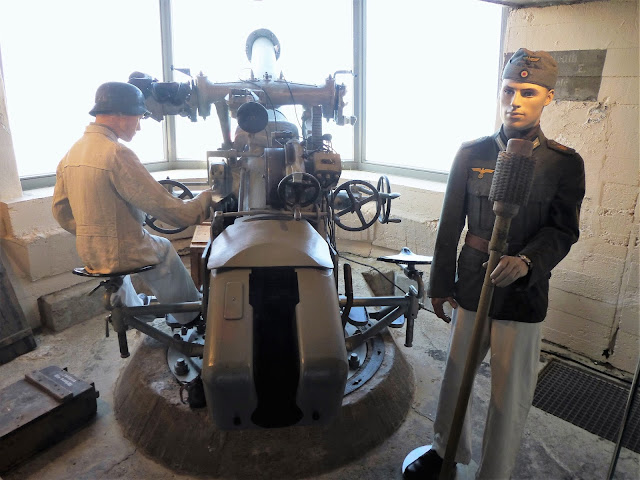 A mock-up of what one of the underground gun stations would have looked like.

Here is the link to a program on the Atlantic Wall.  Since the YouTube poster admits to not having the copyright, I am just posting a link and not the video.  https://www.youtube.com/watch?v=FoiC_GpIvCk .  I watched this on PBS.  It is part of a series on Nazi mega weapons.

Have you visited this wall?  What are your thoughts?

Every year that I have participated in A to Z (five) I have had a bonus.  This year it is plants growing in my garden.
Bonus:  Daylily 'Arriba' 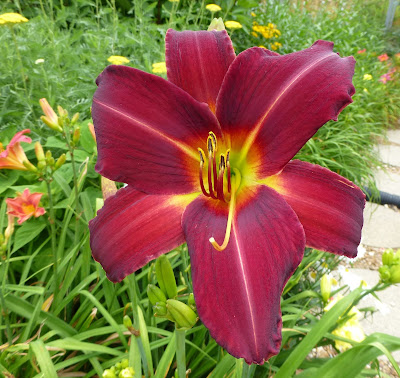