So many places to see in Potsdam, Germany and only one day to see them means that when I get back to Berlin, I will have to allow a few days here.  This was part of day 14.

Driving into the City from Berlin was enjoyable in itself.  The first view I had was of the new Hans Otto Theater.  Looks a bit like the Sydney Opera House, no? 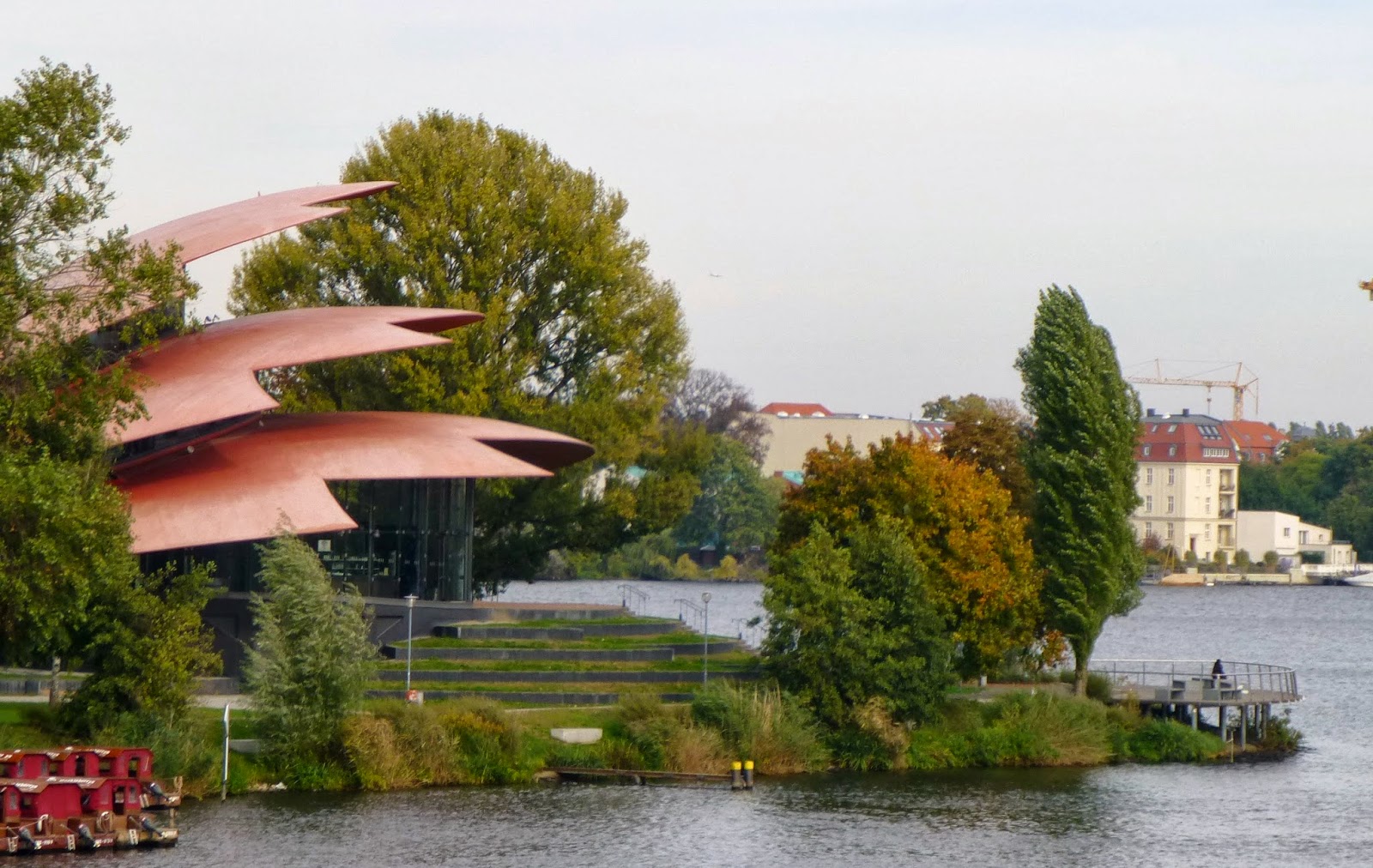 And then this view of the Flatow Tower in Babelsberg Park. 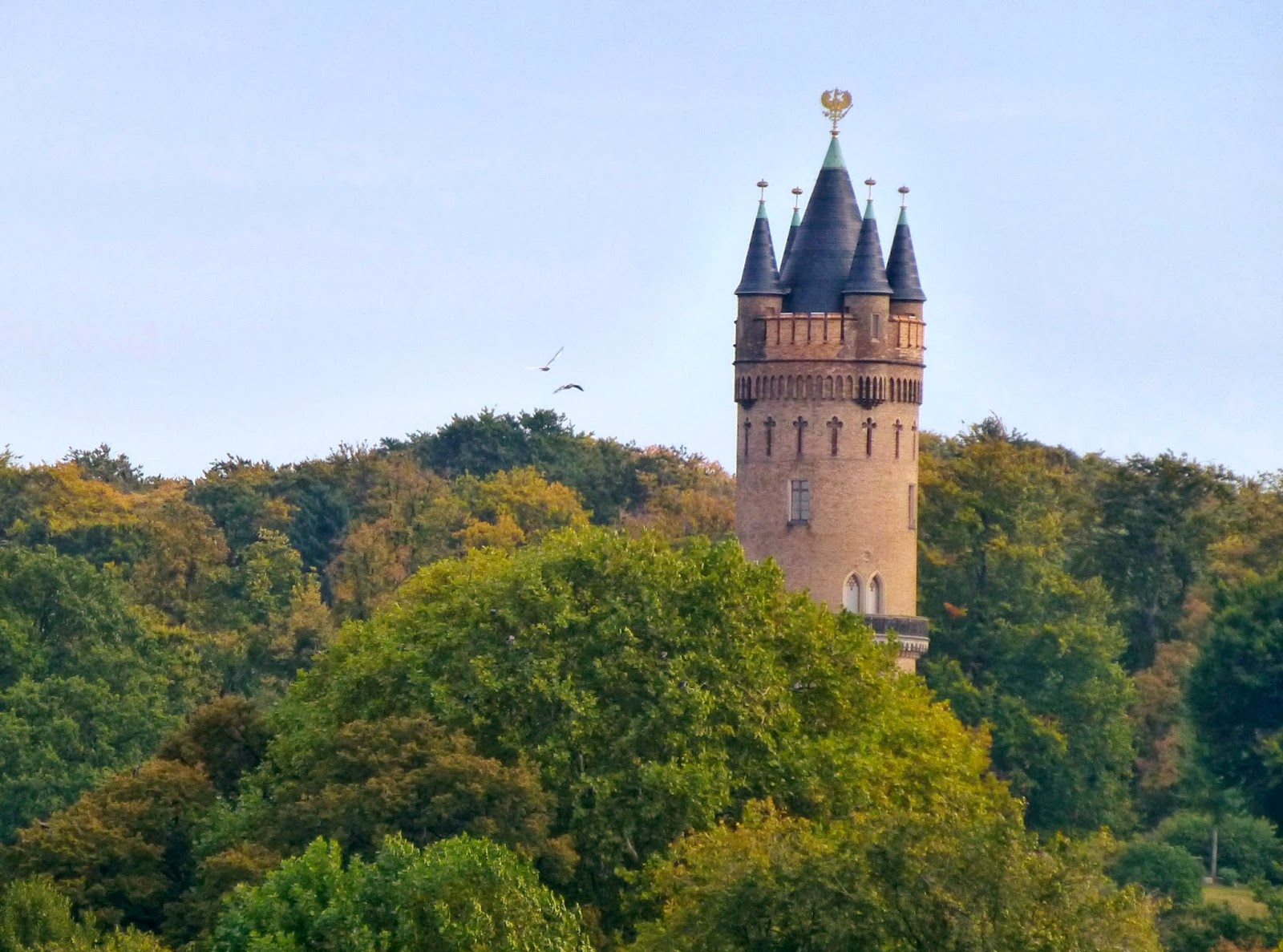 The palaces and parks of Potsdam have been named UNESCO World Heritage sites. On this trip I was able to visit two of them.  The first was the Cecilienhof. 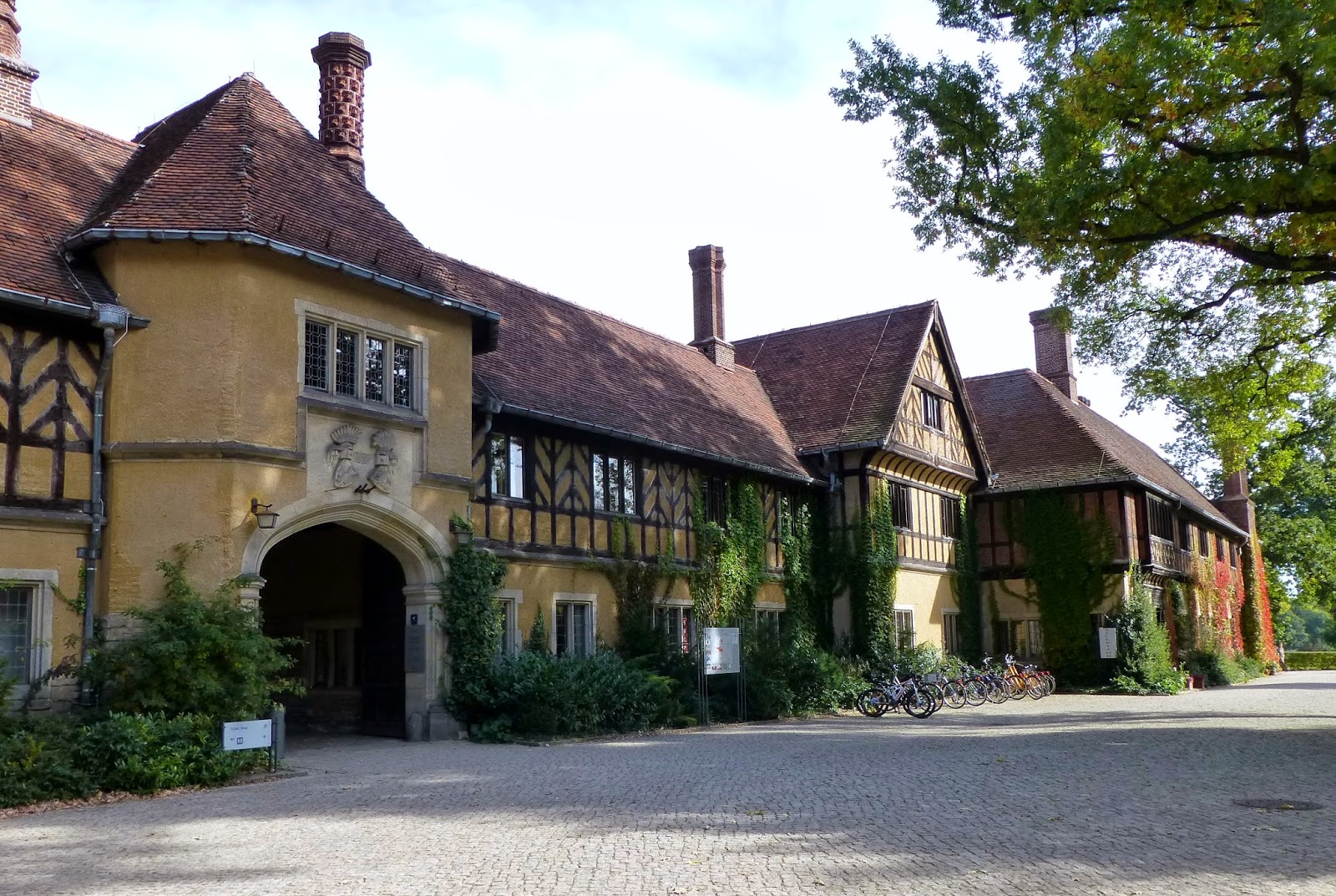 The castle was built during the First World War for Crown Prince William and his wife.  It was used from June 17 to August 2, 1945 by Winston Churchill, Harry Truman and Josef Stalin to map out the partition of Germany after the Second World War.

The interior courtyard, below: 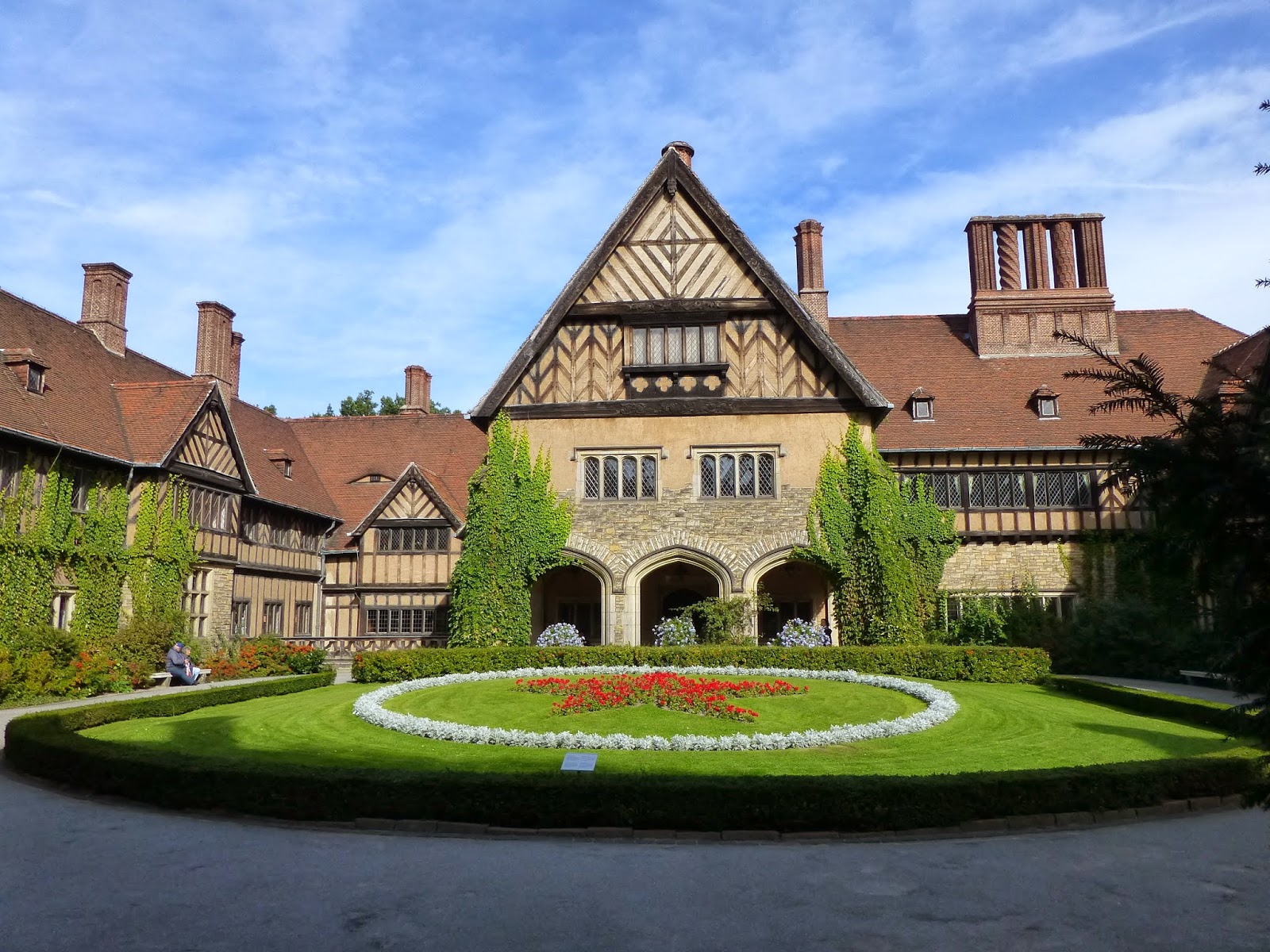 We had an interesting tour of the house and saw the rooms where the three officials and their staff stayed and the room where the agreement was reached by the Allied Powers.

After leaving Cecilienhof, we went to Sansssouci Palace.  The palace dates to 1745 and was built by Frederick the Great, the Potato King.  He and his dogs are buried on the grounds and people leave potatoes on the grave. 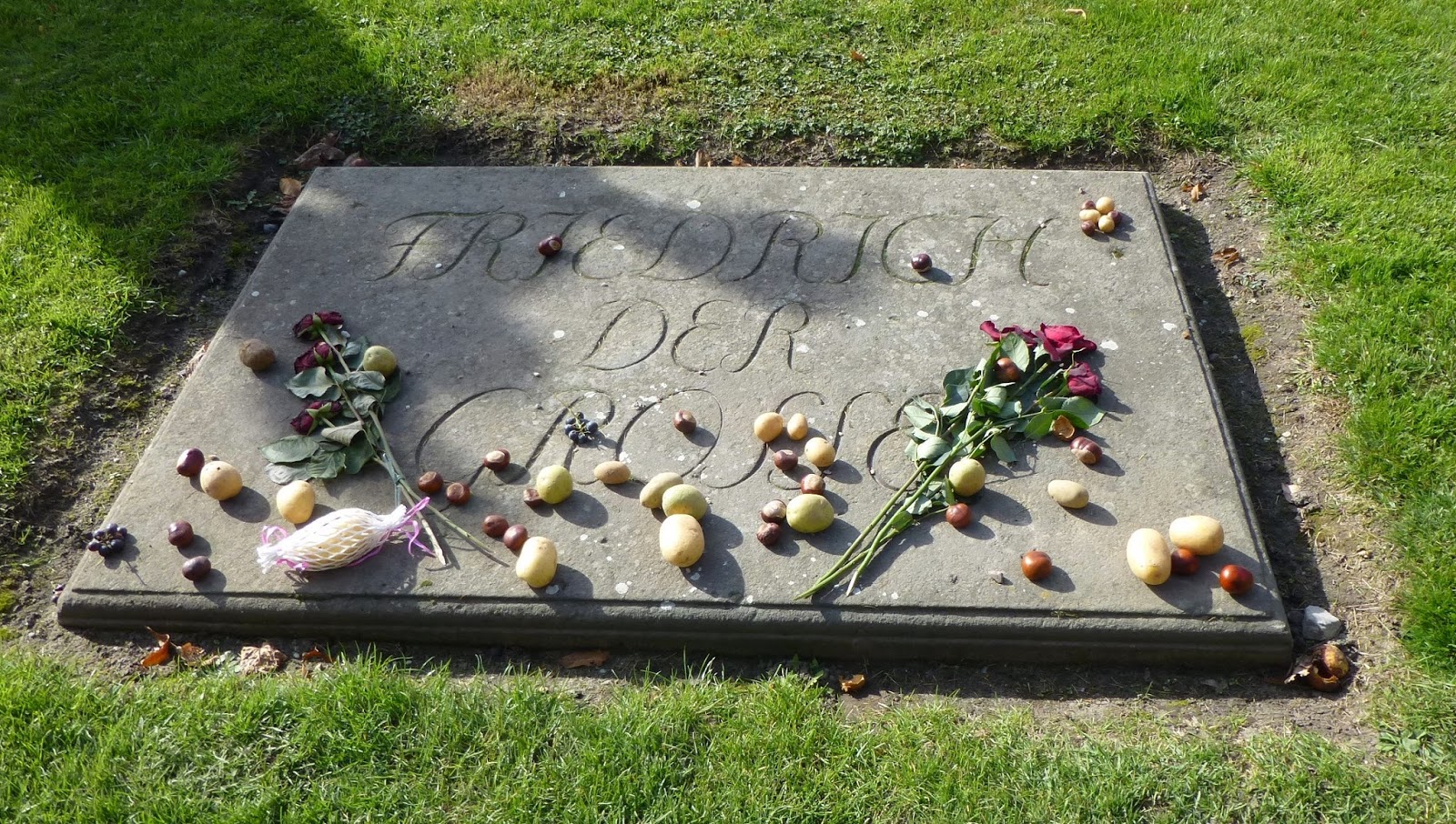 The palace is huge and impossible to get a picture of  in one photo.  This is the entrance area.

Here is the part of the colonnade: 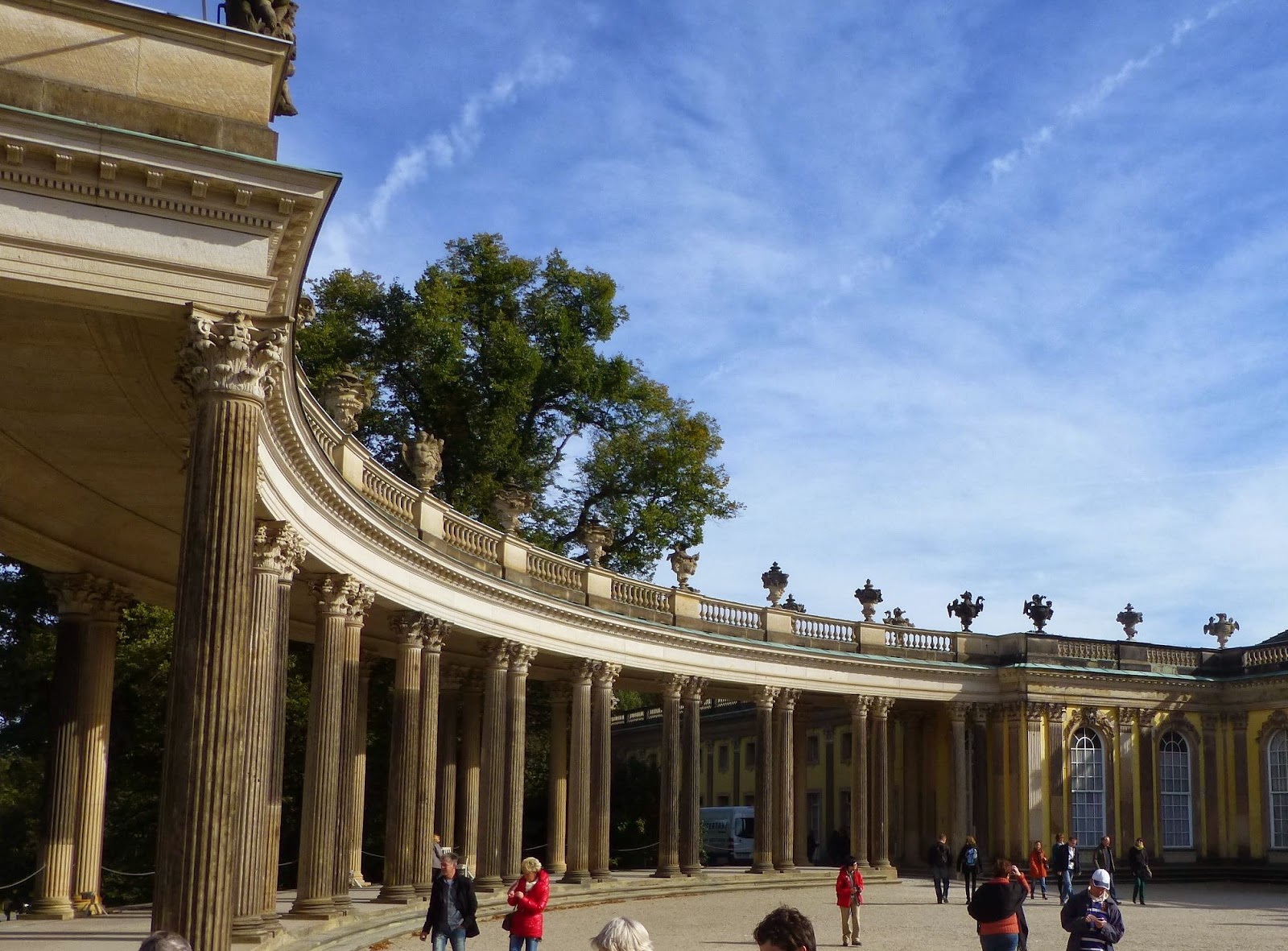 Across the road we see the Belvedere, built in 1850 by Frederick William IV. 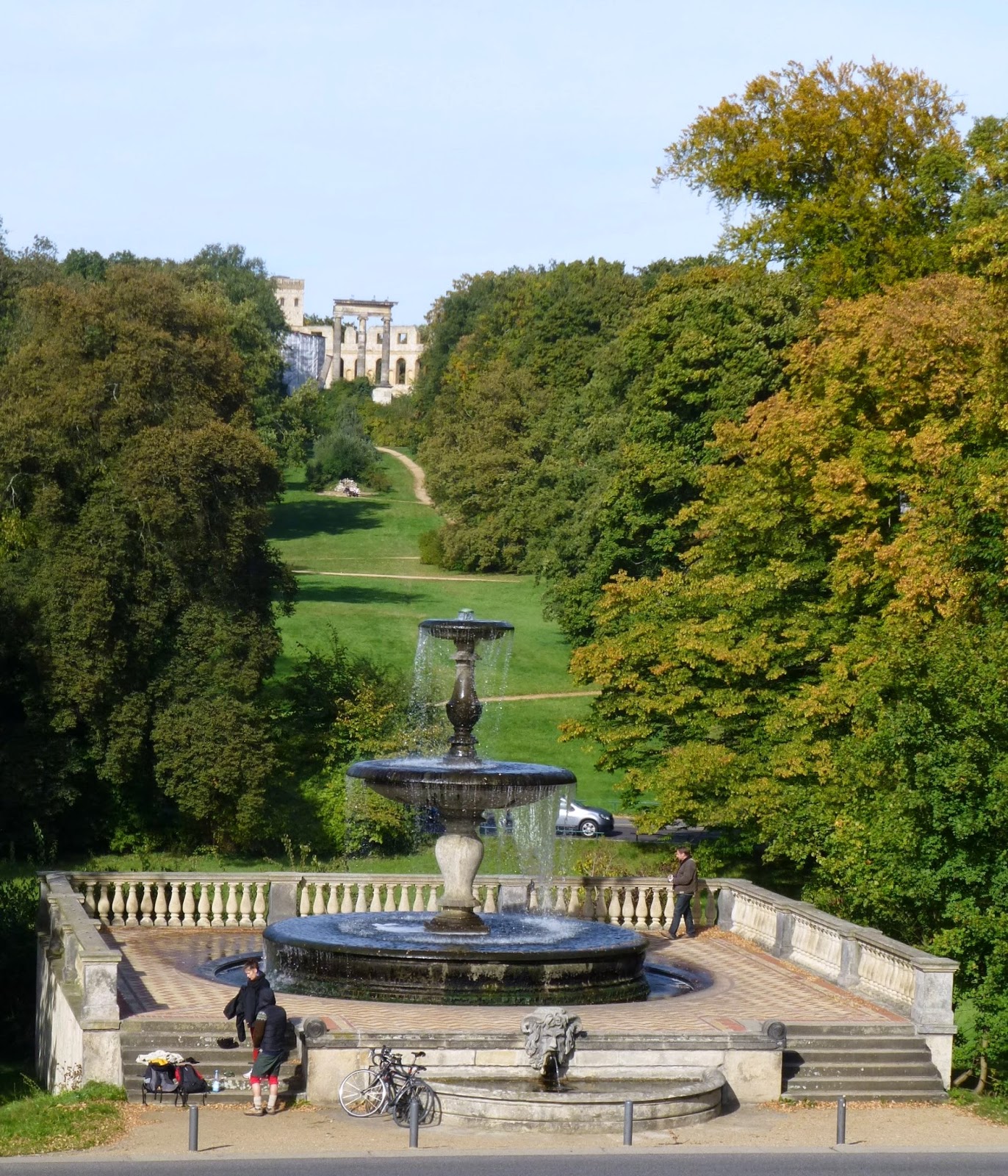 Walking around and through the gates of the courtyard at Sanssouci we come to the front of the palace. 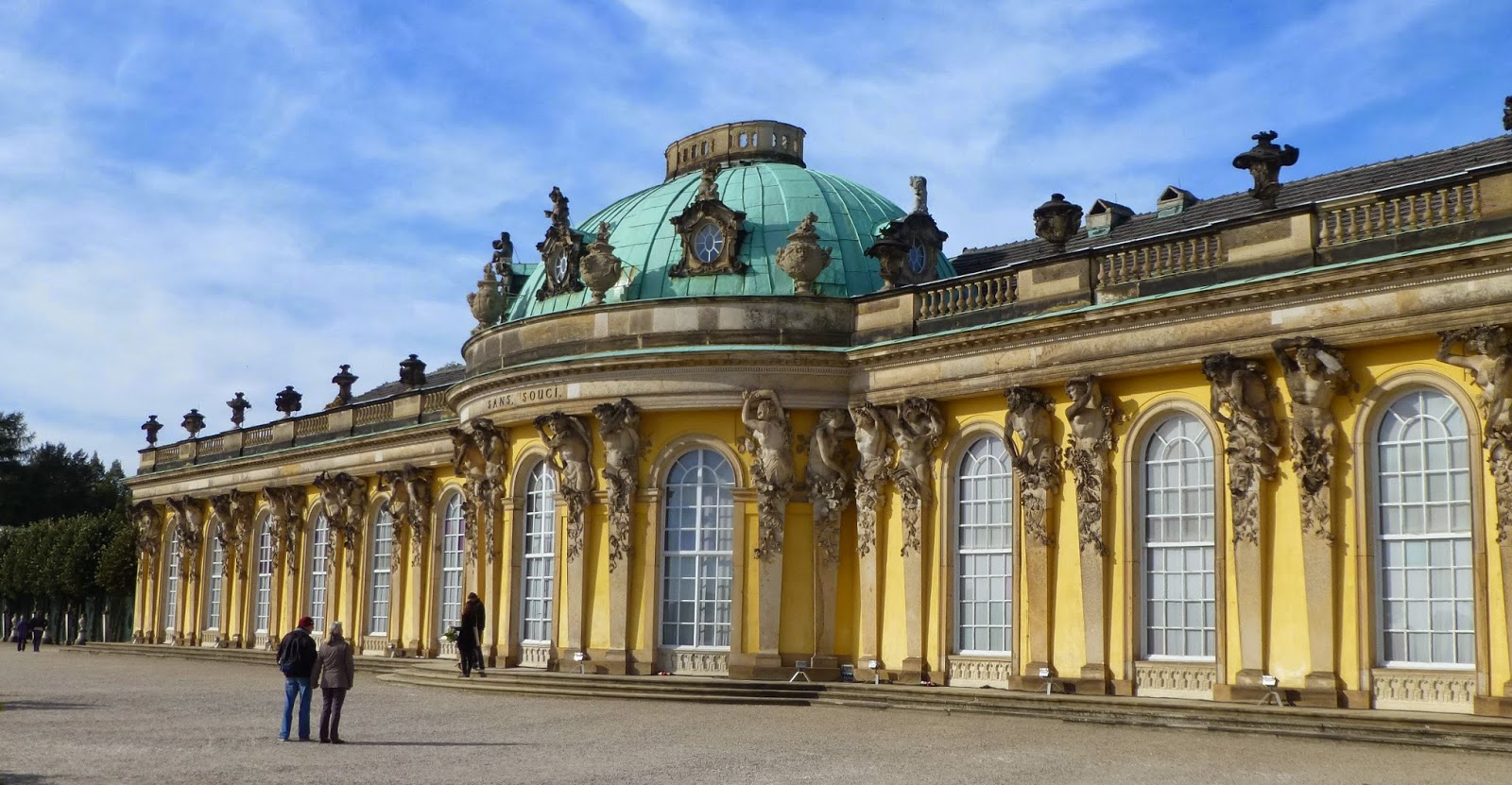 We turn around and what a view! 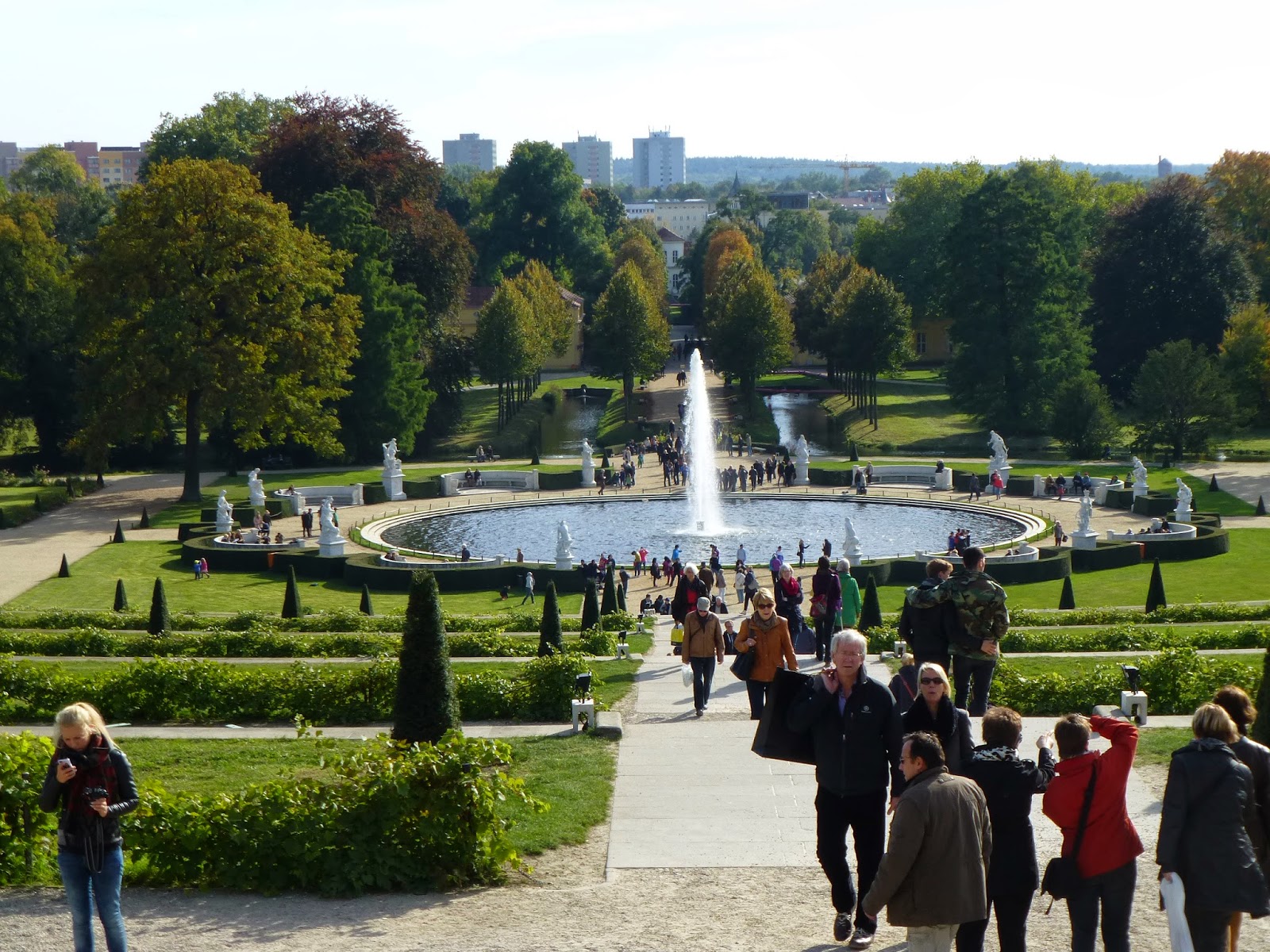 There is beauty every where we look!  How about a statue or gazebo for your yard? 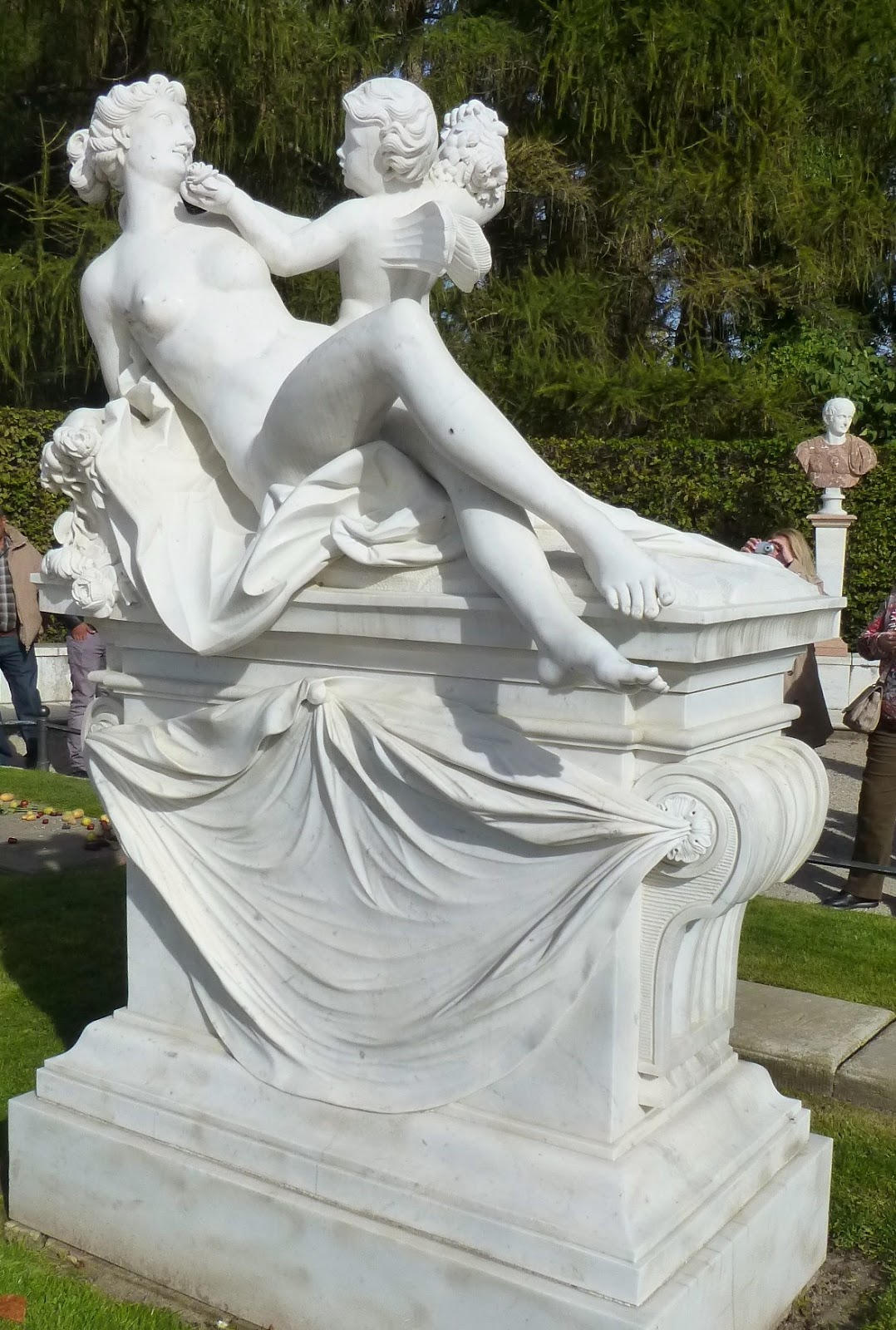 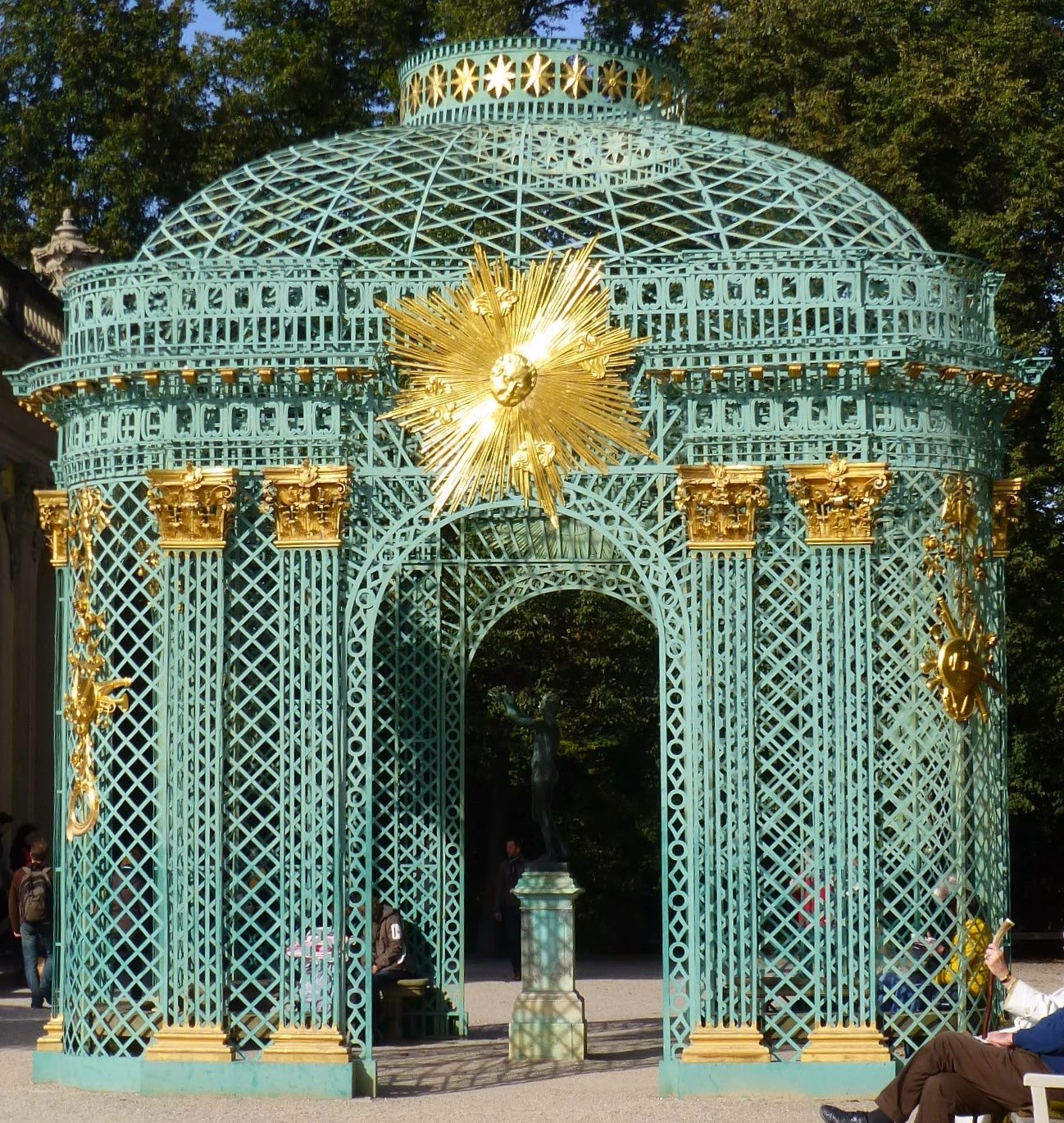 And I would be amiss if I did not post a picture of the wonderful windmill near the parking lot. 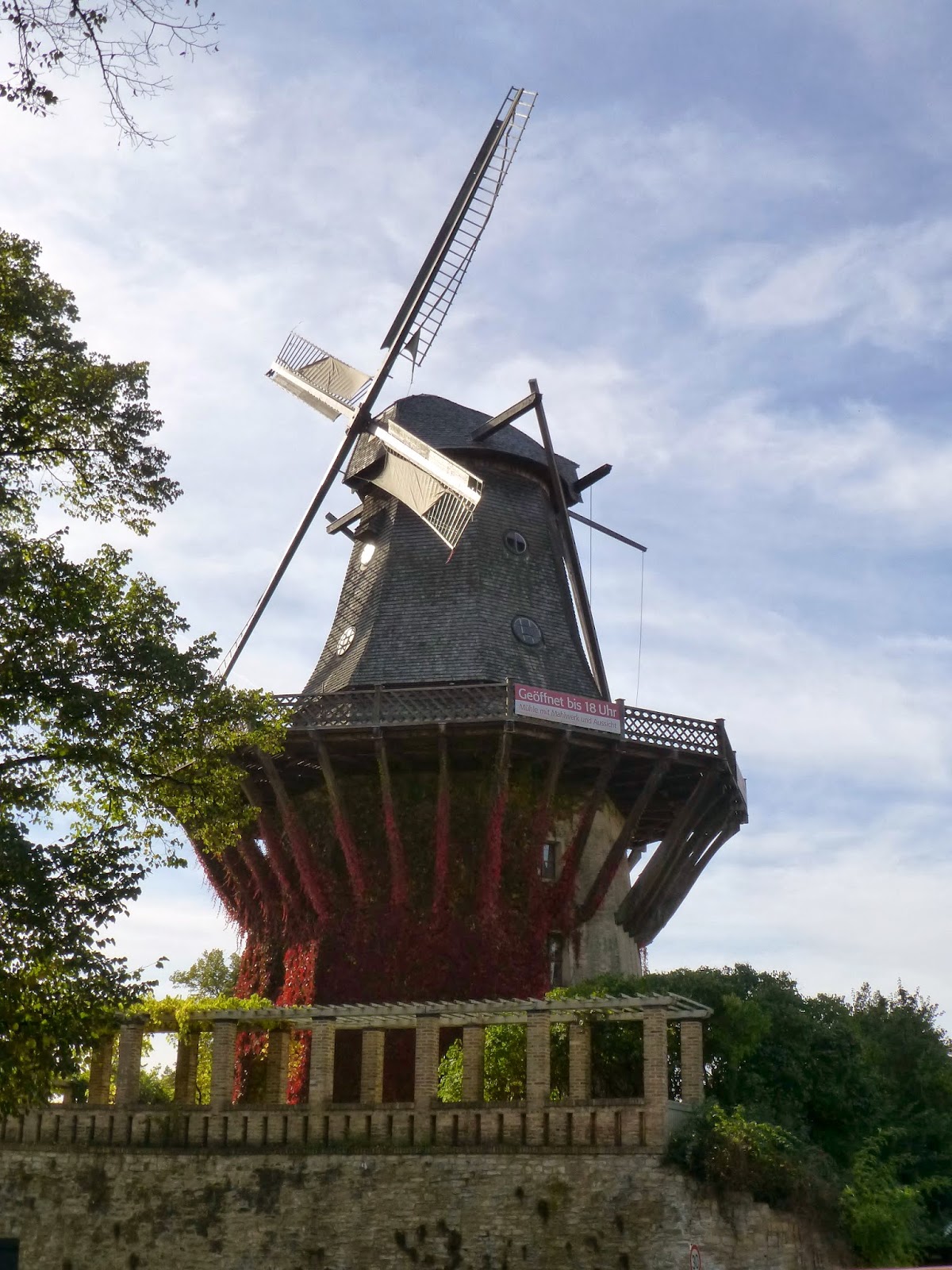 On my Bucket List:  Poland
Labels: #atozchallenge, Cecilienhof, germany, Potsdam, Sanssouci, travel, UNESCO
Posted by Denise at 12:30 AM
Email ThisBlogThis!Share to TwitterShare to FacebookShare to Pinterest