Here we are in Luxembourg's Old Quarters and Fortifications, another UNESCO World Heritage site.

Our first view of the area was from the parking lot looking down into the old fortifications. 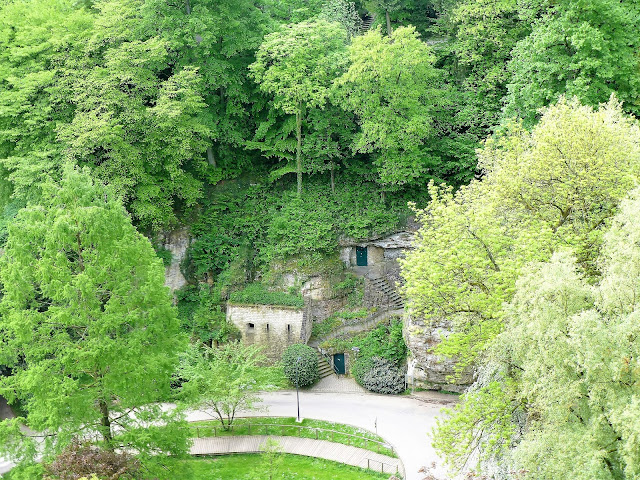 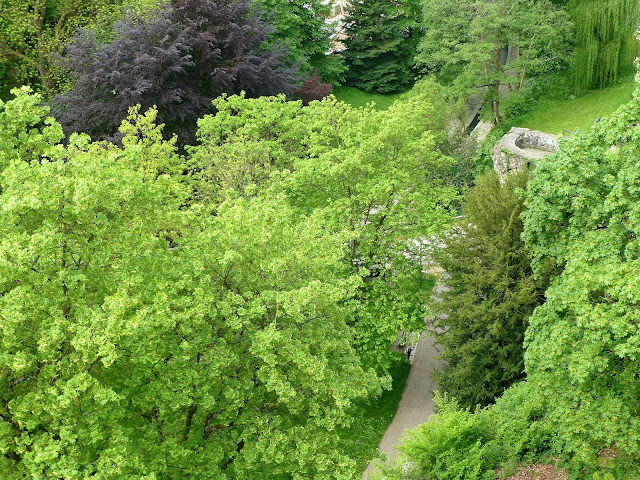 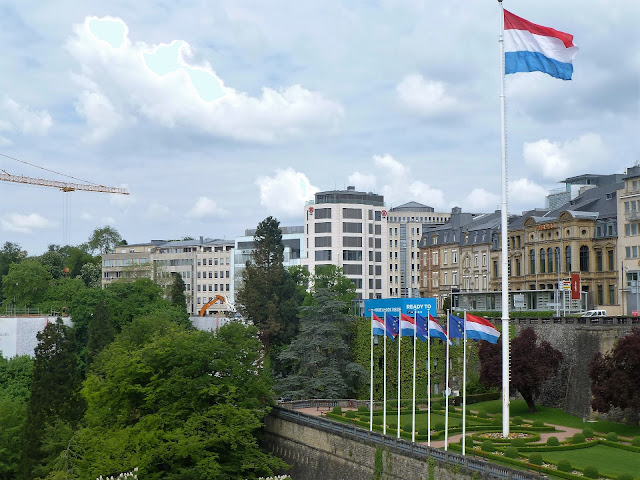 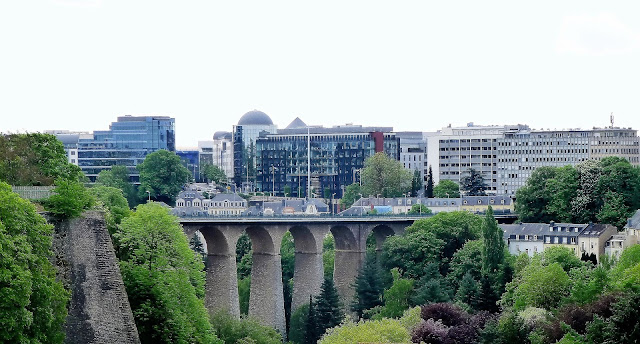 The city buildings were quite stunning.  First is the current palace for the Grand Duke, built by the Spaniards in the 16th century. 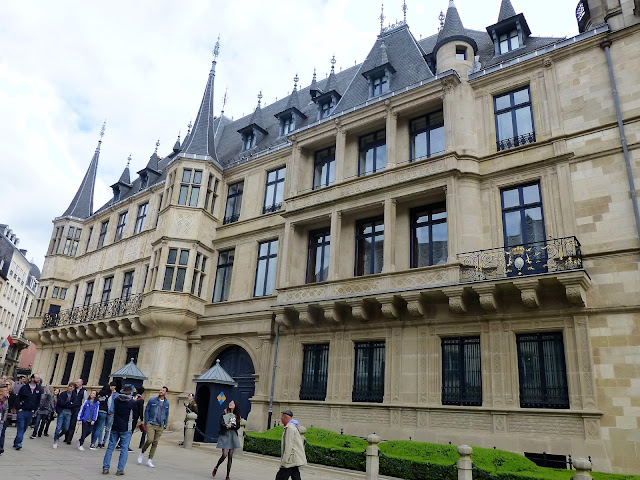 Notre Dame Cathedral was originally a Jesuit Church, dating to 1613, later becoming a Roman Catholic Church and then a cathedral in 1870.  We had to do a walk-about to get views of it. 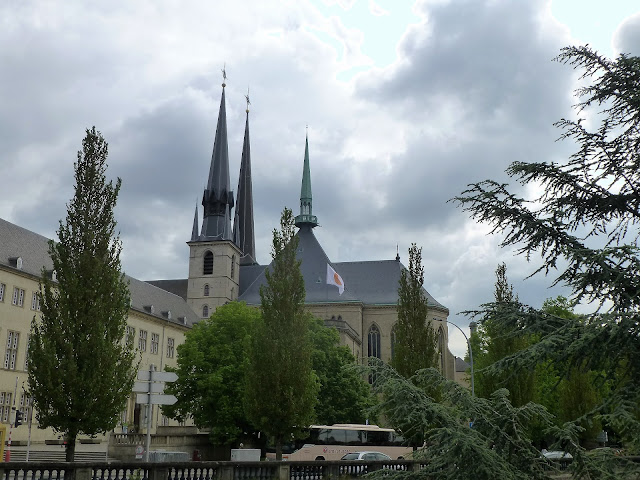 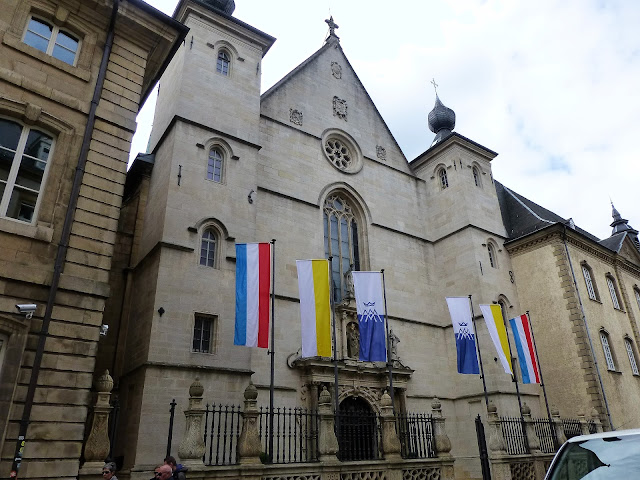 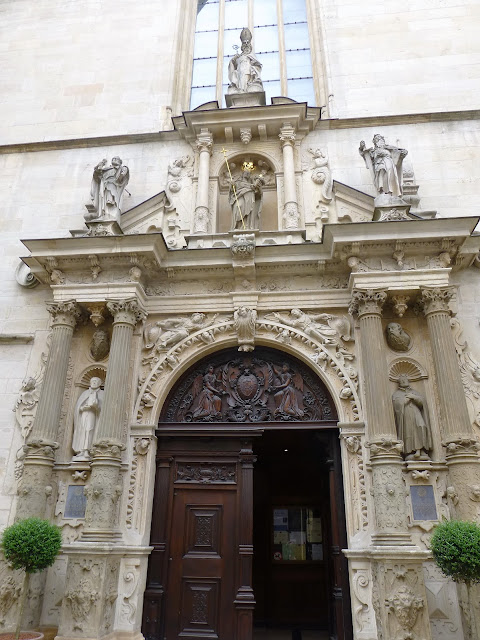 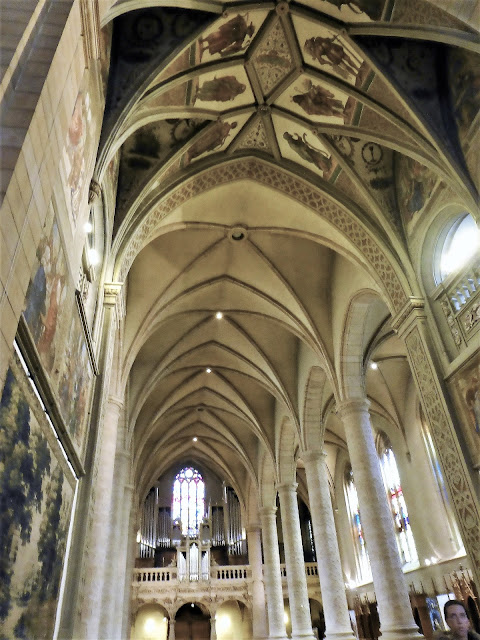 The organ loft above 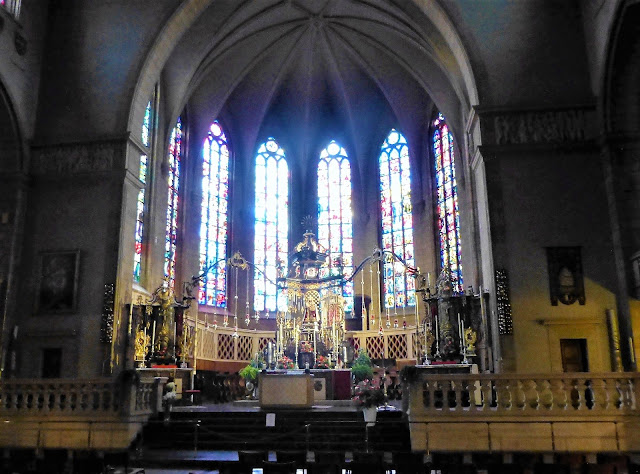 The altar.  Hard to get good pictures of stained glass with all the light. 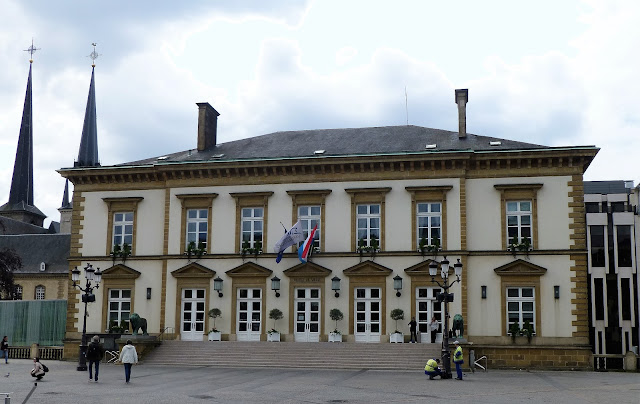 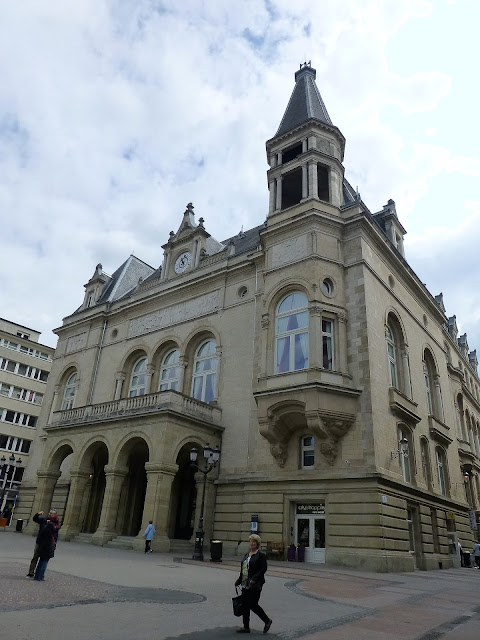 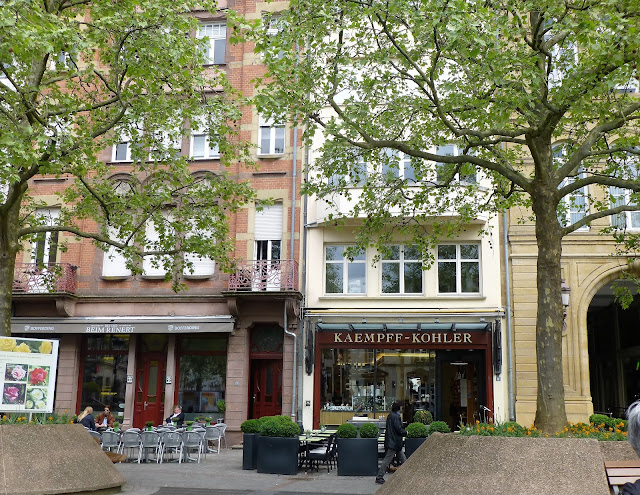 In the Place d'Armes 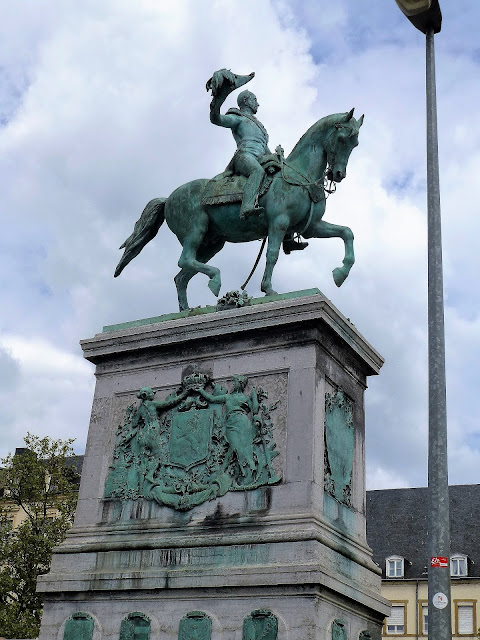 Monument to William II, King of the Netherlands and Grand Duke of Luxembourg, 1840-1849

I had to rewrite this post after accidentally deleting it, so I forgot to post it with a picture of flowers when I re-wrote it. 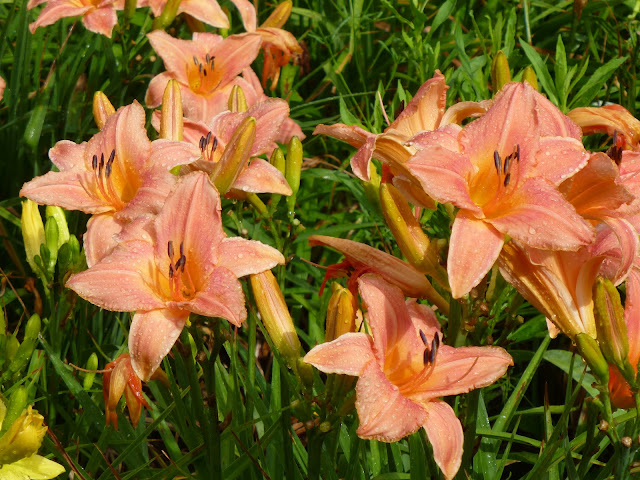 Have you ever done something really stupid, like hitting 'delete' by mistake and not being able to recover your work?

Labels: #atozchallenge, Luxembourg, Old Quarters and Fortifications, UNESCO
Posted by Denise at 12:01 AM
Email ThisBlogThis!Share to TwitterShare to FacebookShare to Pinterest