Amsterdam is developed along beautiful canals.  As a matter of fact, the area inside the canal ring of the Singelgracht is a UNESCO World Heritage site.  The hotel I stayed at on my return trip to the city was on the Singel, the Hotel Estherea.  It was lovely and consists of three former canal houses.  You can see the 'H' on the awnings of all the lower windows.  The hotel was quite nice inside too. 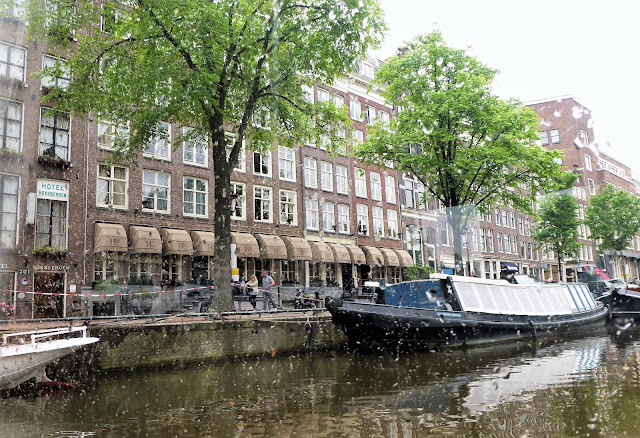 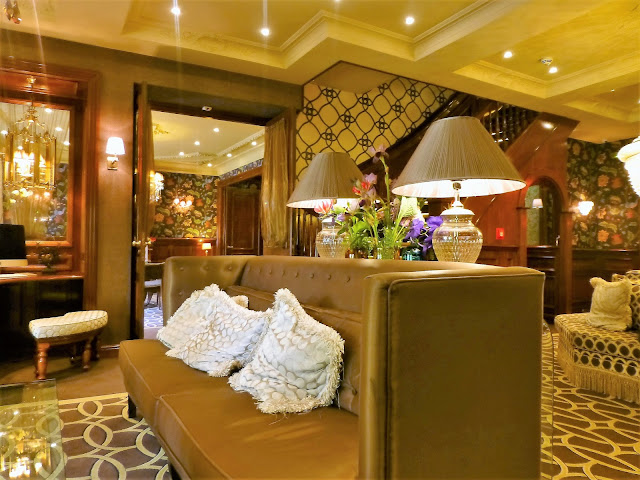 While in Amsterdam I visited the Canal House Museum.  It was very informative and I also picked up a book describing all the homes on the canals.  Here is one of the interior rooms. 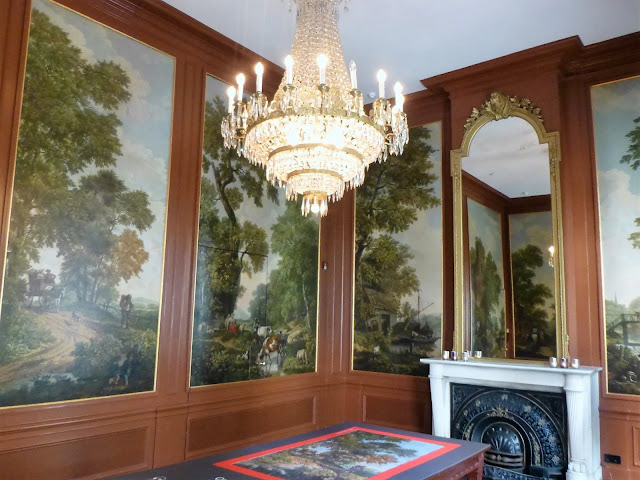 There is also a lovely flower market on the Singel canal. 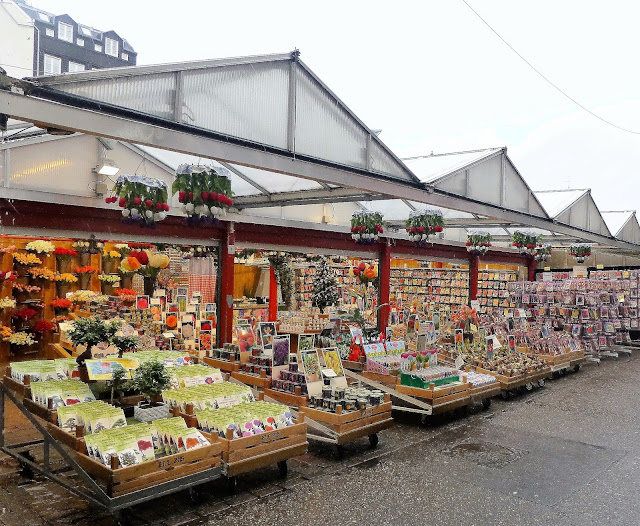 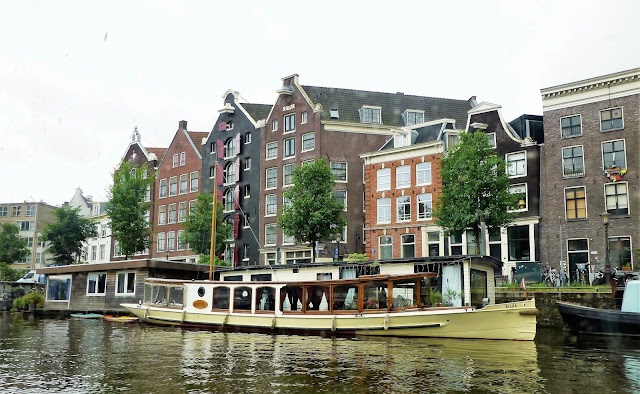 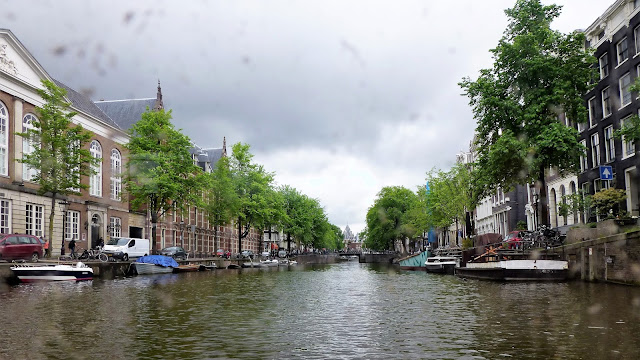 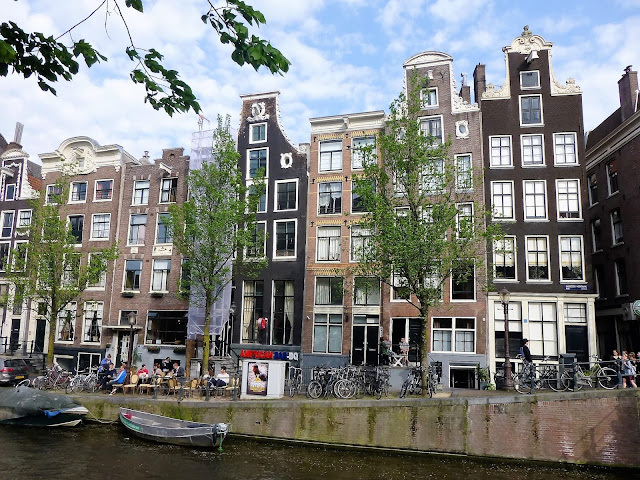 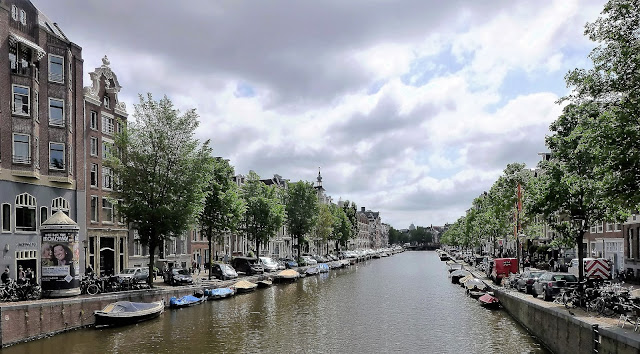 Bikes, boats, and water.
While in Amsterdam I visited two former residences, first the Van Loon Museum on the Keizersgracht, built in 1672.  The first resident was artist Ferdinand Bol.  It was remodeled in the 18th century and the Van Loon family stills lives on the upper floors.  Here is the hallway: 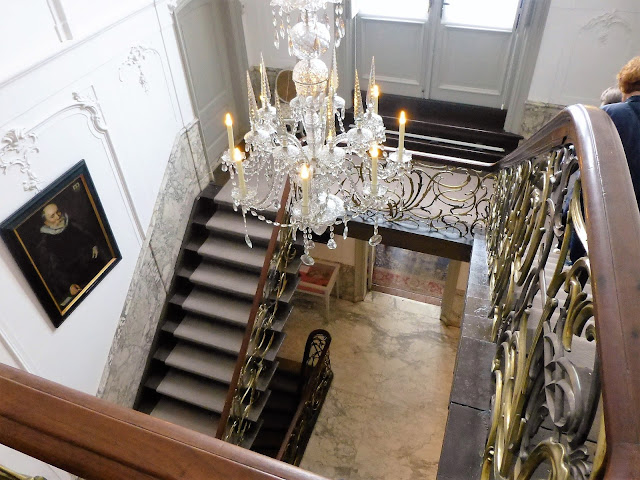 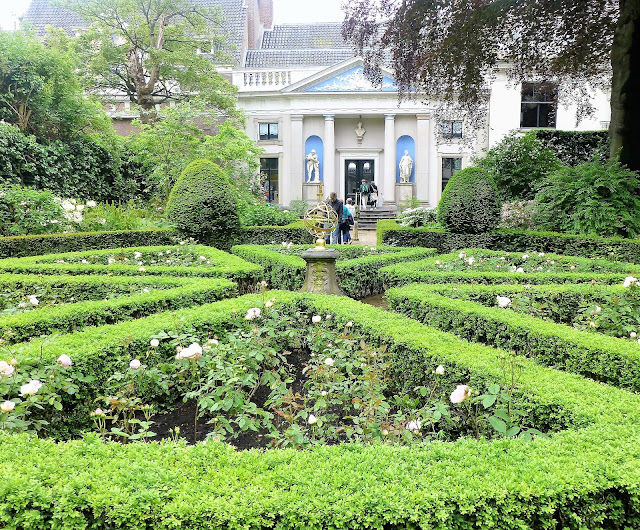 On another day I walked the entire Herengracht canal to reach the Willet-Holthuysen House, built in the 17th Century.  It was donated to the city in 1895.  My favorite room was this lovely garden room, looking out to a beautiful garden: 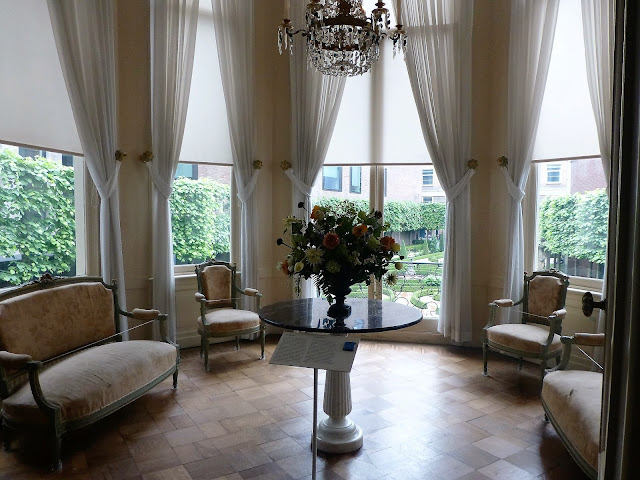 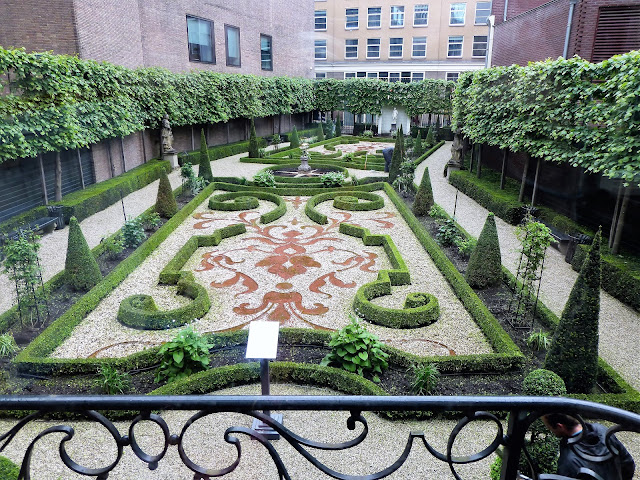 Maybe in the future I will post more about these houses. 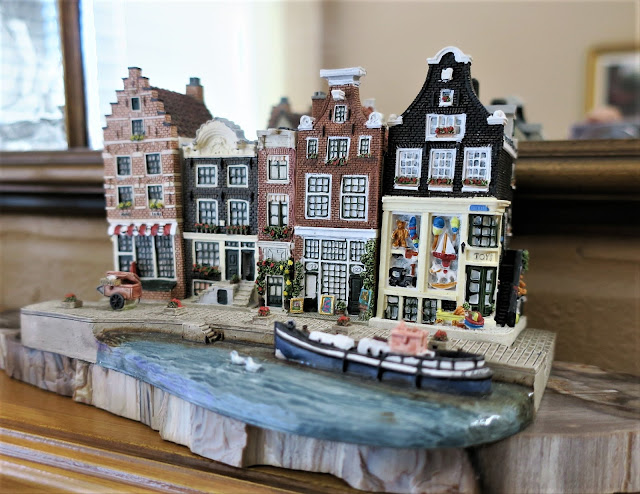 My own set of canal houses on the mantle.  Each of these is a replica of an existing house, most dating to the 17 century.  These homes were built on pilings buried deep into the ground.  The first few homes in my subdivision are also built on pilings as the ground was not stable enough to support them without the poured cement pillars.


Some folks live on boats in the canals.  Is this something you think you would enjoy doing? 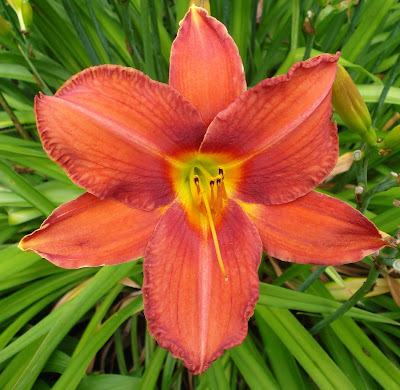