R is for Red Square and Rural Life 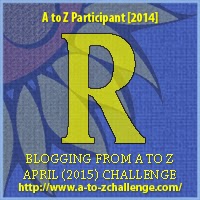 Moscow's Red Square is a UNESCO World Heritage Site.  When many of us think of it we think of marching troops and armaments.  It is certainly not like that today.  Today it is a bustling tourist mecca.

I have already blogged about St. Basil's and GUM Department Store, along with the site of Lenin's mausoleum.  Here are a few more views of the area, starting with my first view before entering the square. 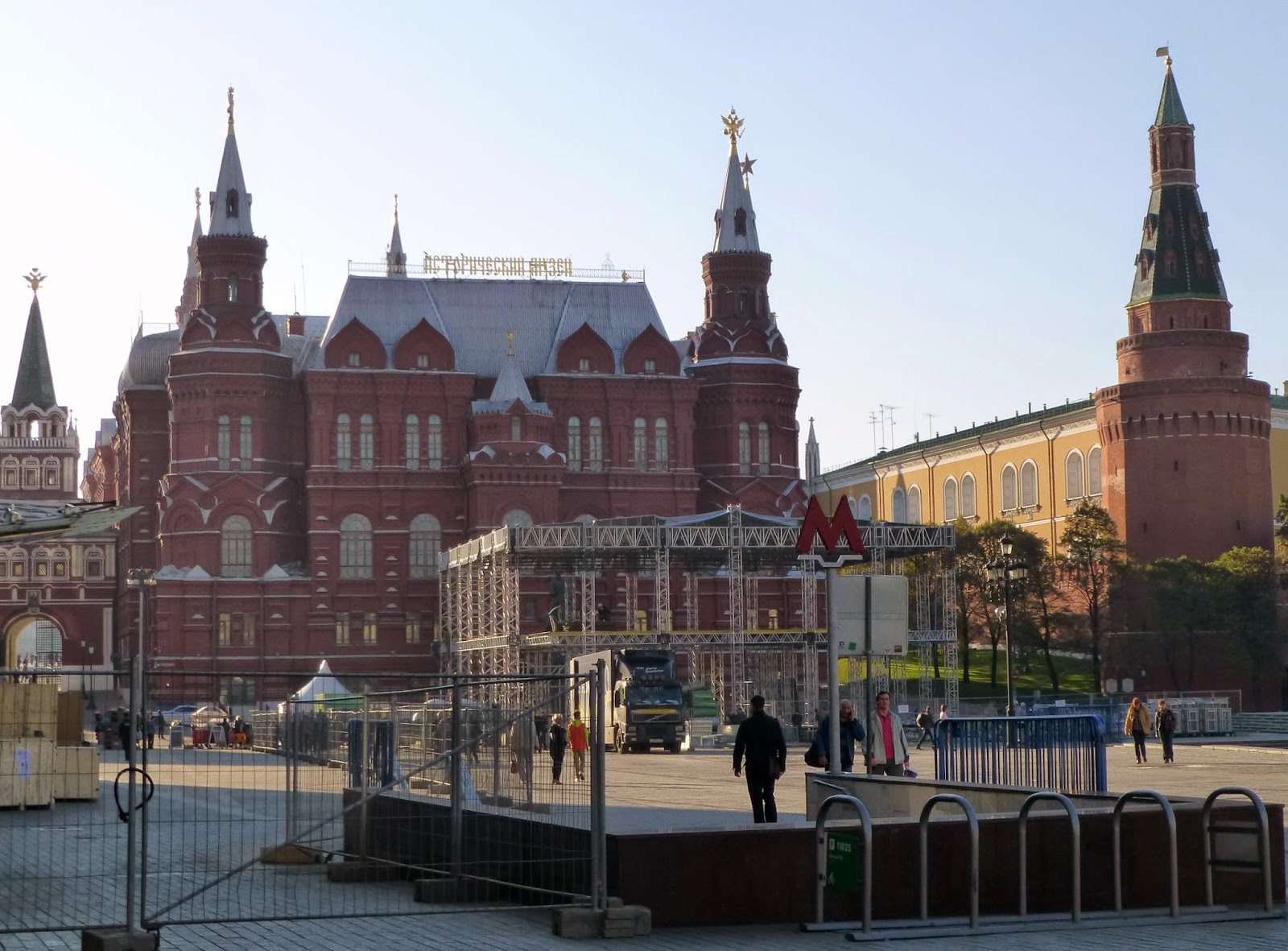 The large red building in the middle is the State Historical Museum.  To the right is the wall and a tower of the Kremlin. 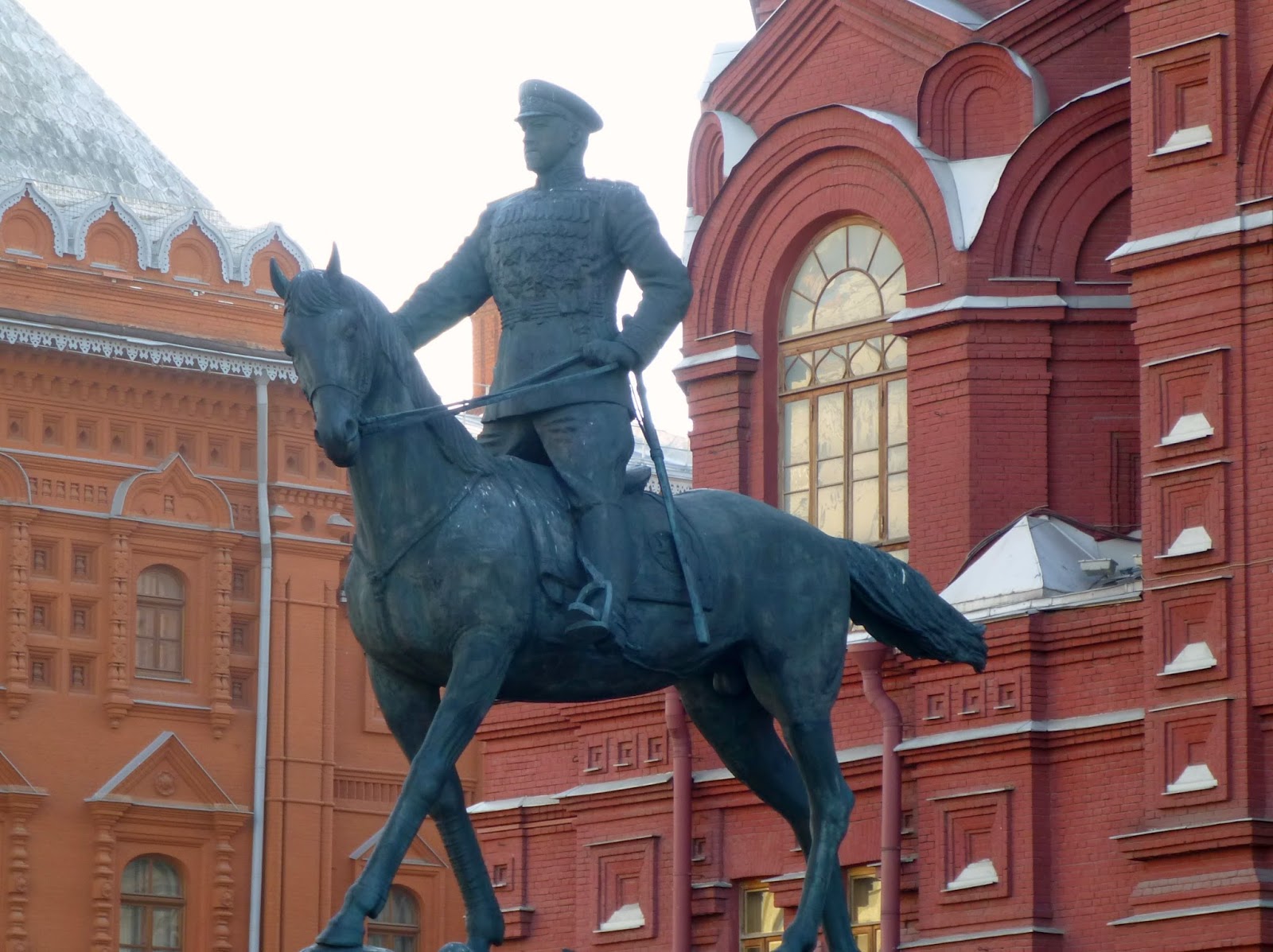 The statue of Marshall Zhukov 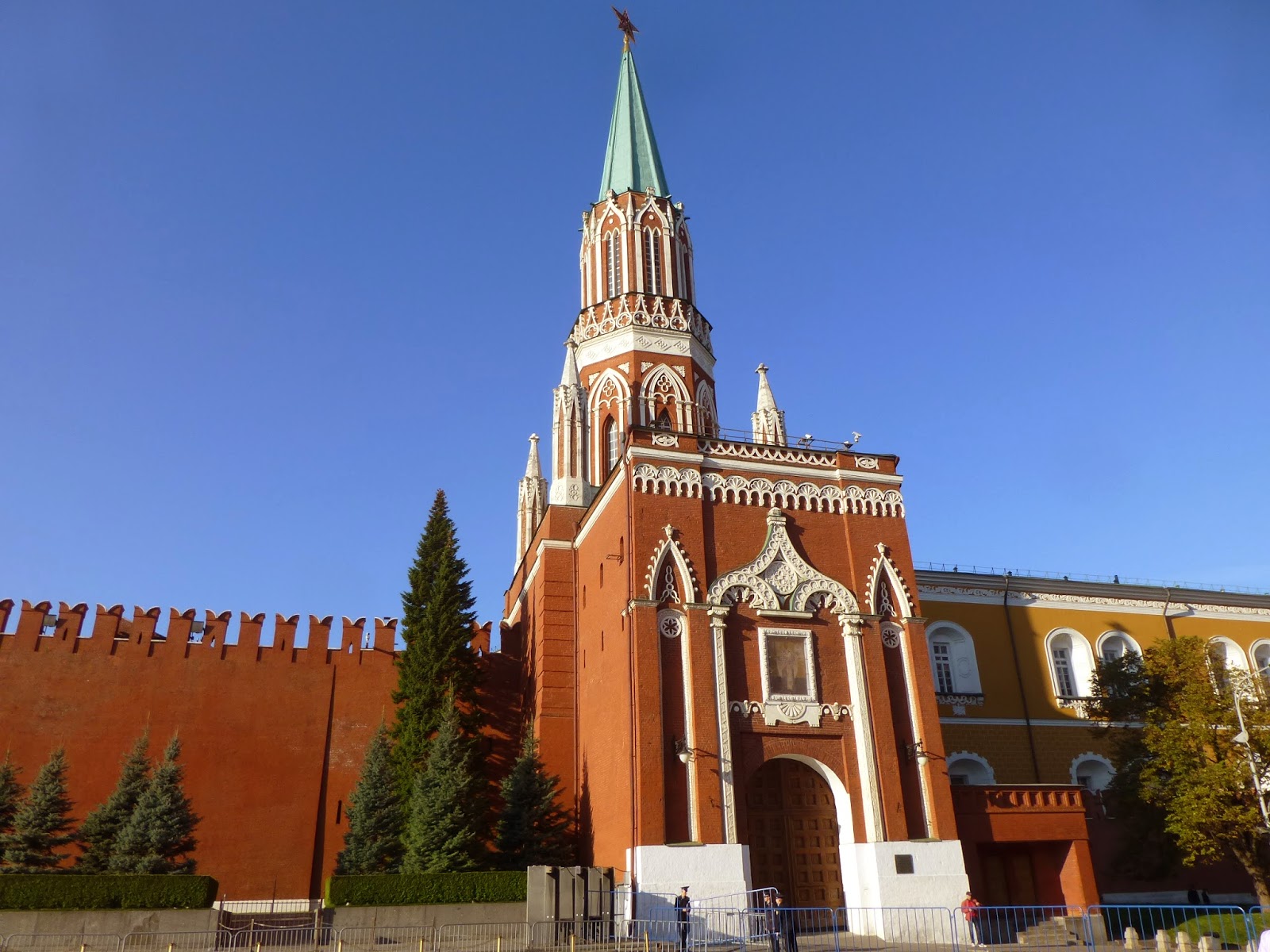 The Kremlin Tower as seen from Red Square 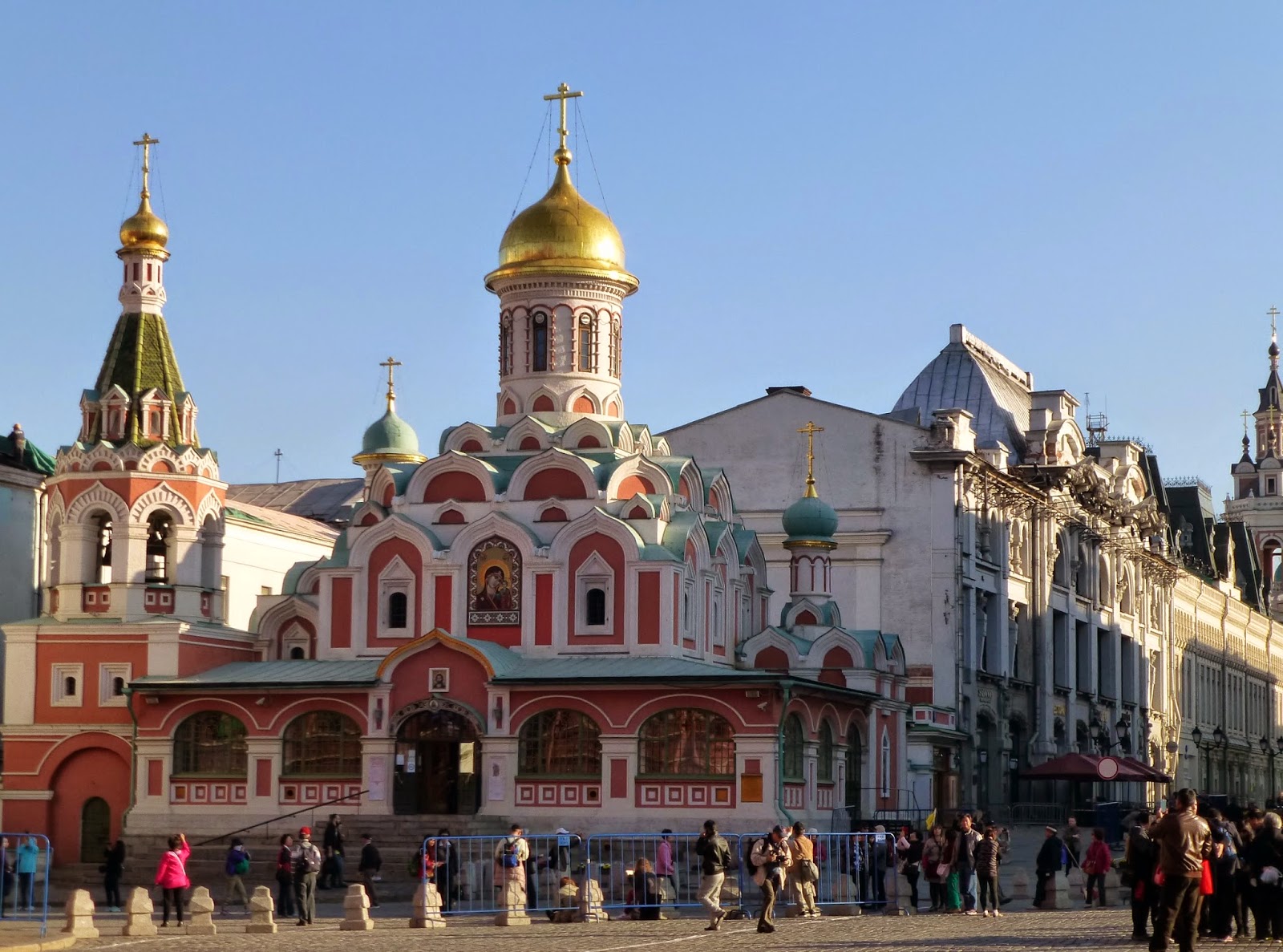 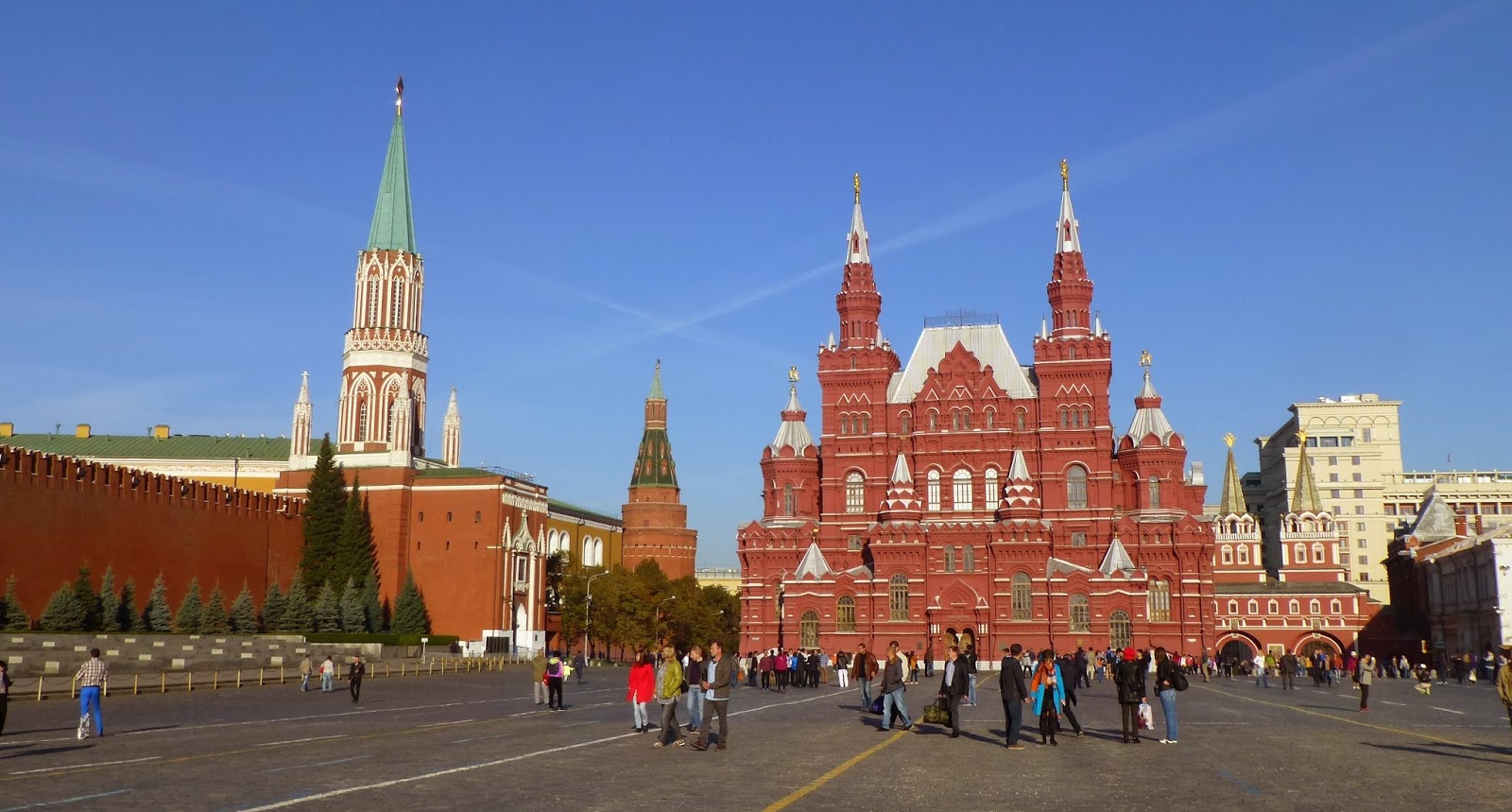 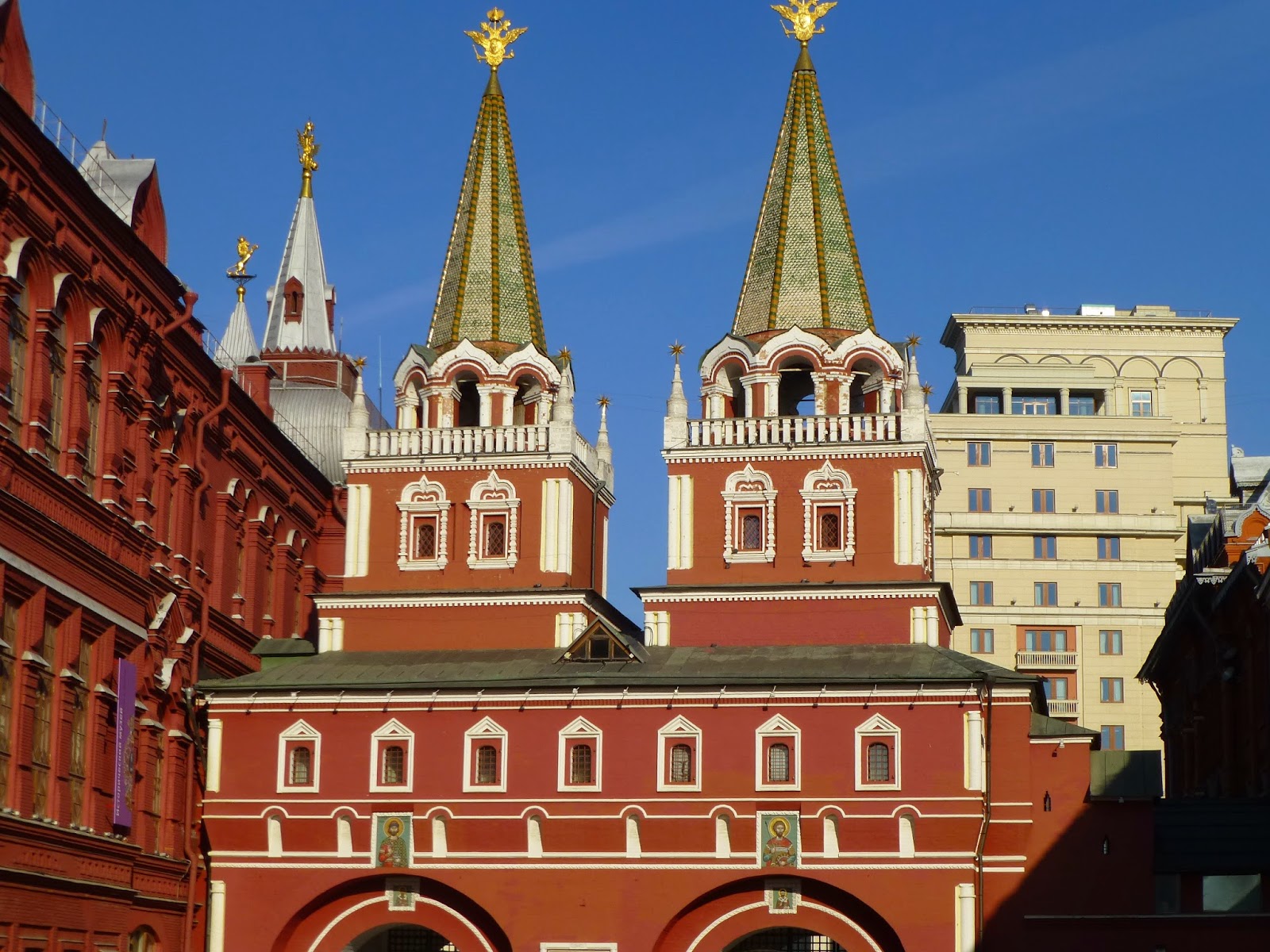 Top of the Resurrection Gate and Iberian Chapel

Kremlin wall on left, museum, then GUM on right as seen from front of St. Basil's


Up to now, most of what I have posted has shown the beauty of Russia.  The following pictures were taken from the van as we drove from Tver to Novgorod.  Yes, folks are living in these homes.  Russia has basically no middle class, so this is the type of housing outside the large cities that you would see. 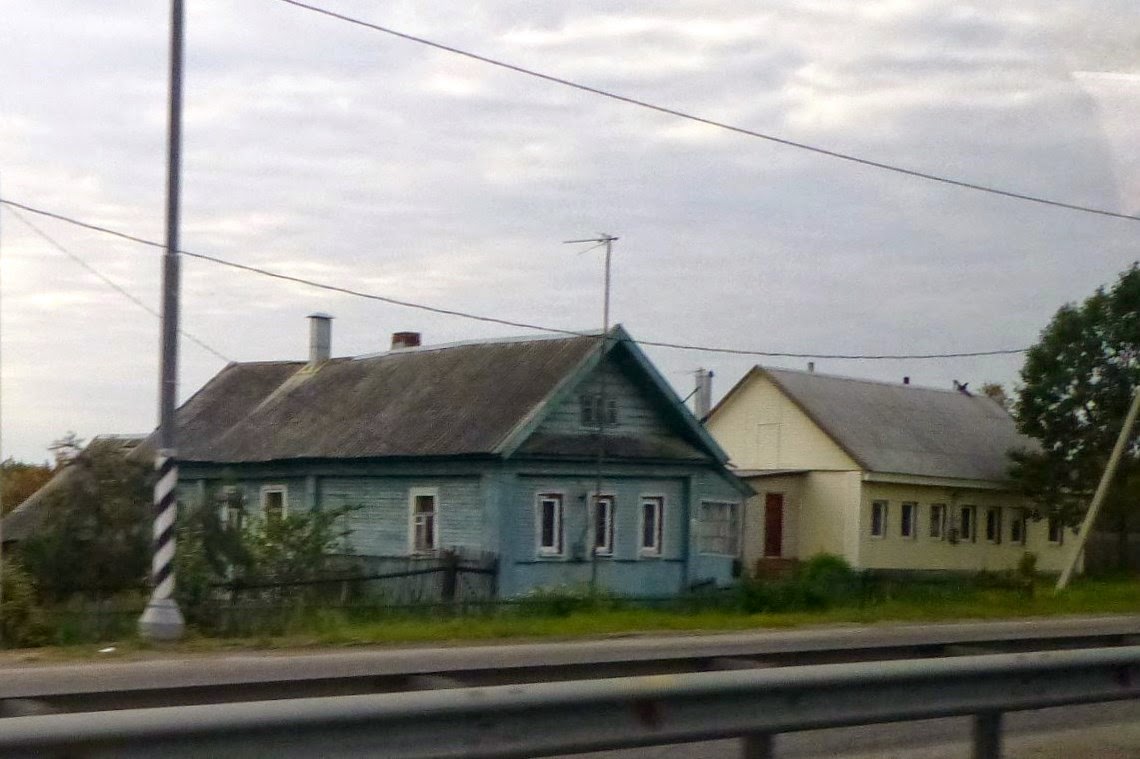 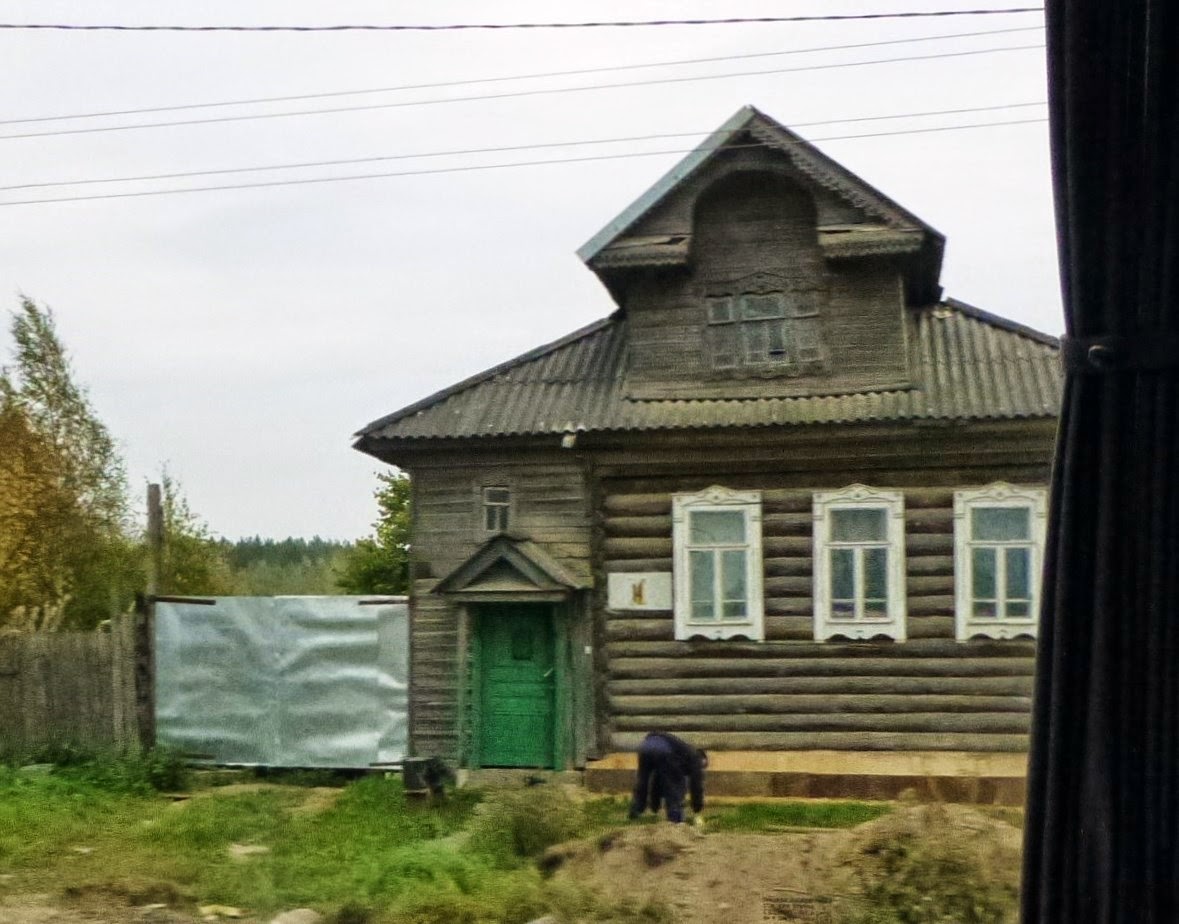 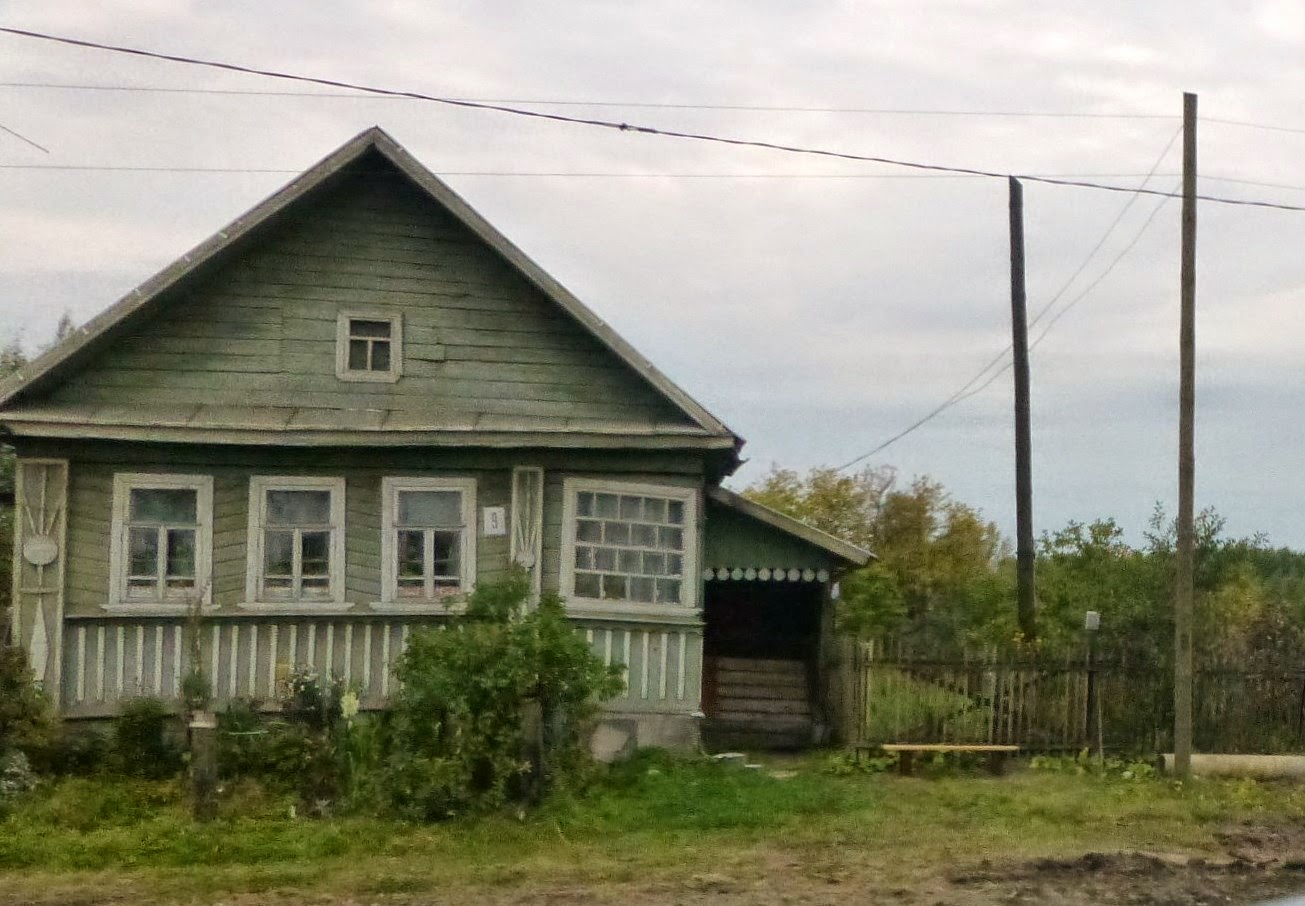 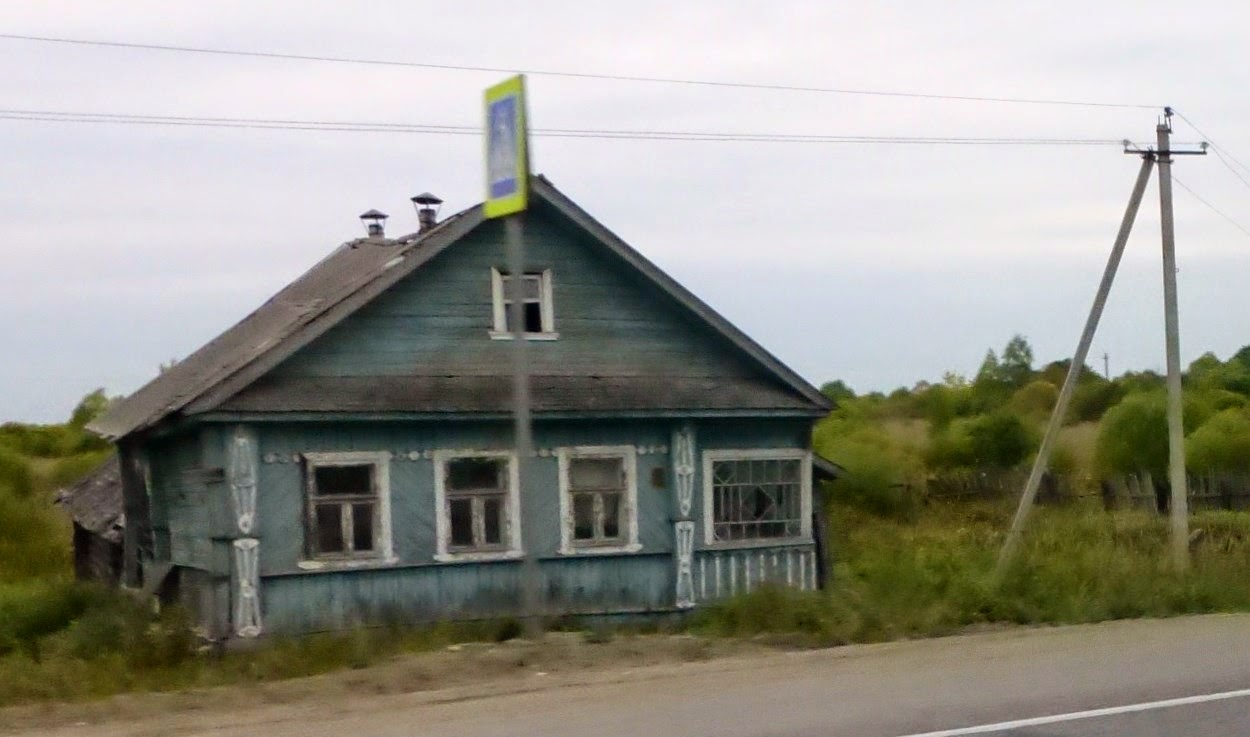 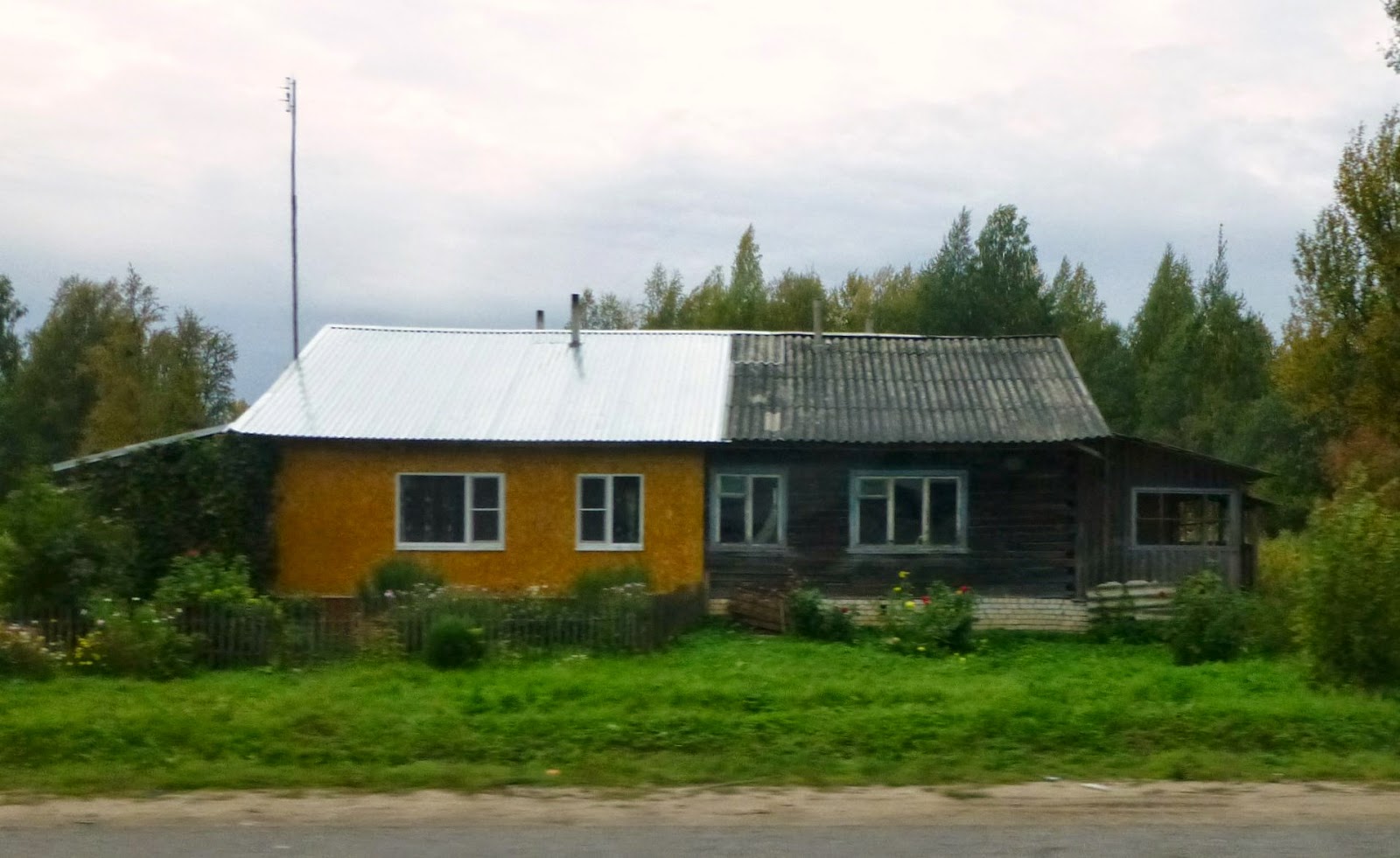 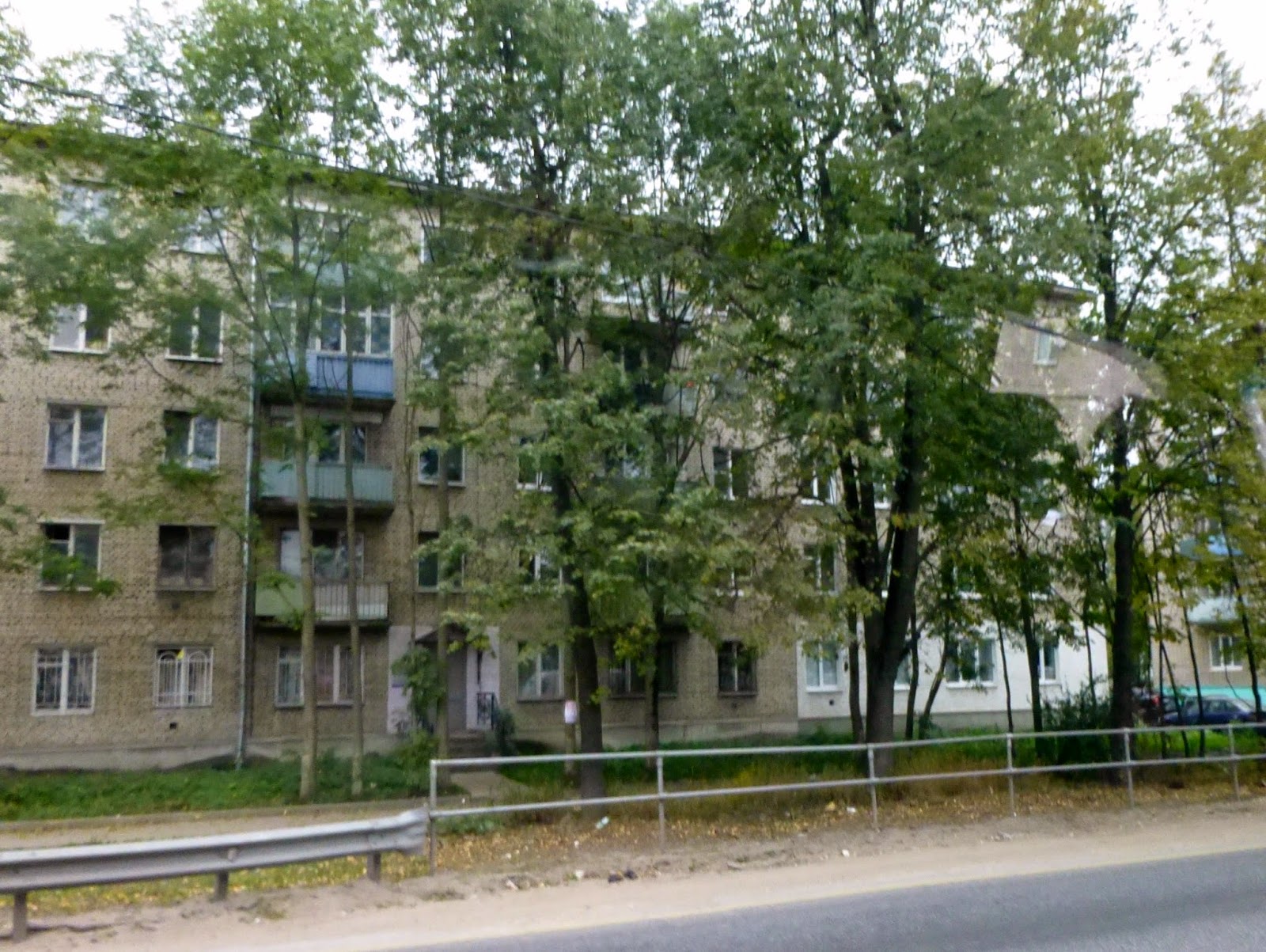 An apartment building in Novgorod, in much better condition than those we saw in Moscow.


Of course, if your family was in the Soviet army, as our guide's grandfather was, you might have grown up in an apartment in this building in Saint Petersburg: 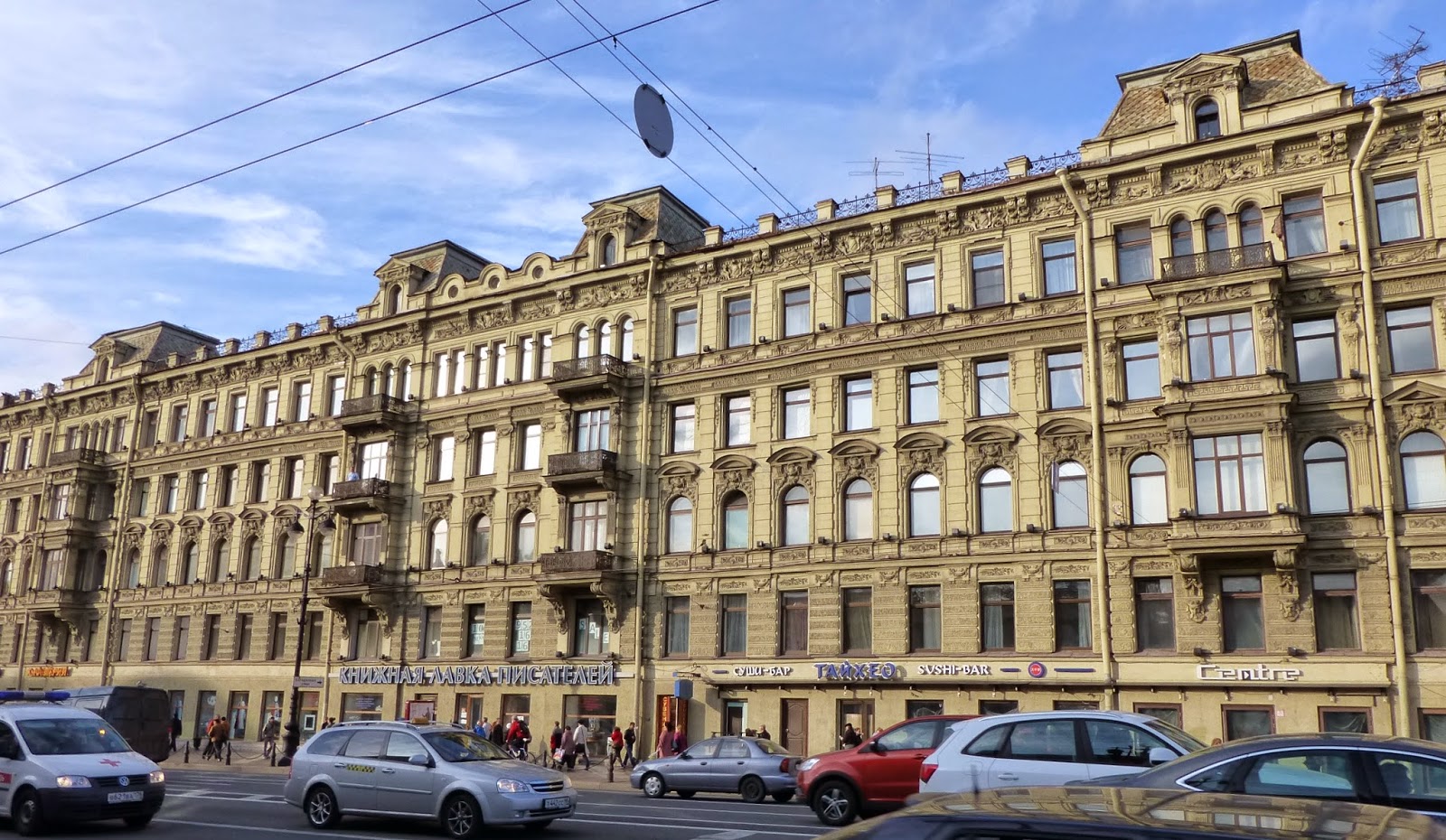 Tolkien Bonus:  R is for Rivendell, an Elven refuge in a valley in the Angle.  To my mind, one of the greatest movie sets ever created.