T is for the Twelve Apostles, Victoria, Australia

Back in 2000 a friend of mine was going to Melbourne, Australia for business.  On a spur of the moment, I decided to 'tag along'.  I use the term lightly, since we traveled at different times and I wasn't working.  I would be busy having fun during the day doing my own thing.  And there is plenty to do in Melbourne, but the letter M has already been taken.

The road itself traverses 151 miles from Torquay to Warrnambool, west of Melbourne.  It is the world's largest war memorial, built between 1919 and 1932, and dedicated to the casualties of World War I.  Yes, Australia fought in that war, too.

The Twelve Apostles are limestone stacks formed by erosion. The ocean conditions gradually eroded the soft limestone to form caves in the cliffs, which then became arches, which in turn collapsed, leaving rock stacks up to 45 meters high.  And they are truly an incredible sight.

The one in the forefront on the left has since fallen.

Up close and personal below: 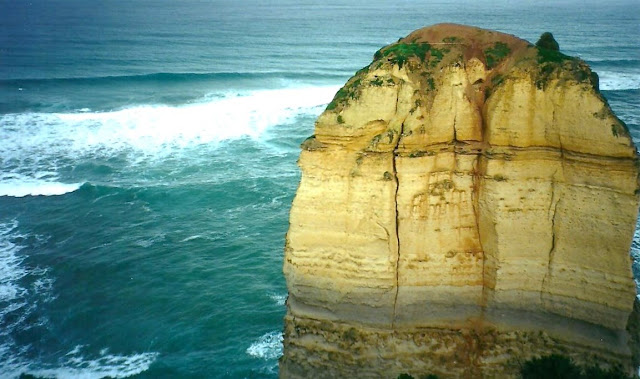 The view from Cape Patton: 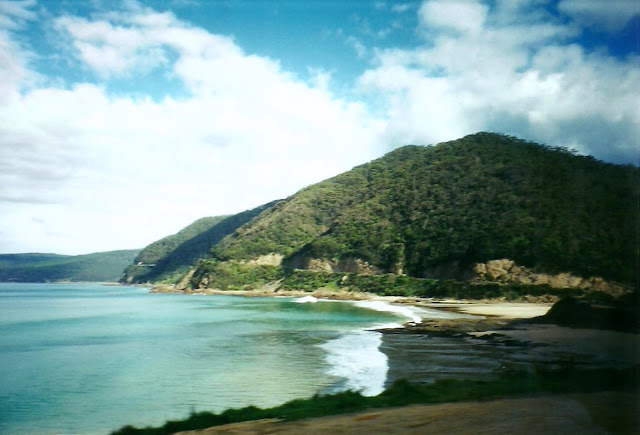 London Bridge after the fall of January 14, 1990, when the connecting formation collapsed:

If a picture is worth a thousand words, then these photos comprise my novel.  But there is much more to see in Melbourne once you get back to town. I suggest the Queen Victoria Market, the zoo, a trip up to the Dandenong Ranges National Park, Phillip Island to see the penguins, St. Kilda...  Oh, someday I hope to return here and see the rest of the continent.  It was just beautiful.