N is for Nashville, Tennessee

Ever register for a conference and wonder why you are going someplace you have no interest in being?  Ever visit a place for business and get caught up in the moment?

For me it happened in Nashville, Tennessee.  I would never describe myself as a country music fan.  Yes, I have seen Kenny Rogers in concert twice.  And yes, I enjoyed it both times.  But he kinda crosses over to Pop.  And I admit that I sang along with everyone else in the audience when he sang 'Lucille'.

In 1999 I found myself in Nashville for the Government Finance Officers annual conference.  I was staying at the Opryland Resort and Convention Center.  One night I was invited to an evening at the Grand Ole Opry .  I could not imagine I would enjoy it.  But I did.  Loretta Lynn performed with two of her daughters.  I believe Waylon Jennings was there.  Beyond that I do not remember much else about the performers.

One night we went into the City for dinner and visited Music City.  We walked around popping in and out of music bars.  It was a lot of fun.

I spent an afternoon at the Ryman Auditorium while they were filming an anniversary program for the old country music network TNN.  There was Glen Campbell, Crystal Gayle, and a whole host of singers that I would remember if I was a true country fan.

We went on a paddle boat ride on the river late one afternoon.

We saw Faith Hill in a private concert.  She had agreed to the performance long before she became a huge hit.  Fantastic show.

I went to a performance of 'A Closer Walk with Patsy Cline'.   I came home and bought a couple of her CDs, I enjoyed it that much.

And when I wasn't going to conference sessions during the day and seeing the City at night, I just walked around the beautiful hotel.

I had not really thought I would enjoy it as much as I did.  There was really nothing in Nashville that I thought I wanted to see.  All in all, I had a 'Good Time'.  And instead of beautiful pictures, here is some country music.  I'll bet you can't listen to it without tapping your foot.

N is also for Naples, Italy; Nova Scotia; New Orleans; Nevada; New York City; North Carolina; North Dakota; New Mexico; and Niagara Falls.  I can't resist posting one of my many, many pictures of the falls, one of my favorite places. 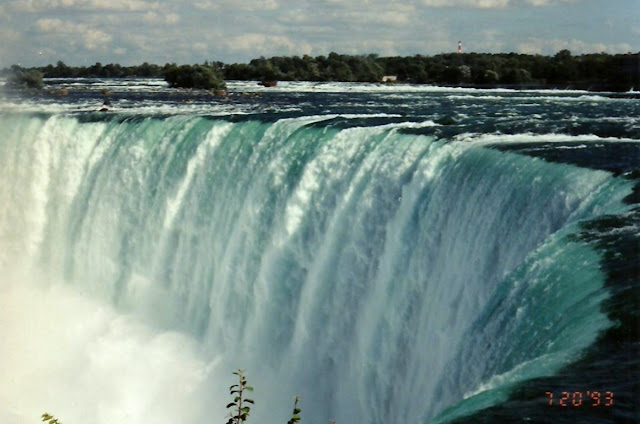 Labels: A to Z Challenge, Country music, Nashville
Posted by Denise at 7:09 AM
Email ThisBlogThis!Share to TwitterShare to FacebookShare to Pinterest