A Sunday Garden in the Rain, the Park and Other Things

It's Sunday.  It is raining and I am not complaining.  It's been more than a week since it rained and if we didn't get any I was going to have to water the flowers.  I may still have to water, just not so much.  Plus, on Doppler it looks like we may get more rain this morning.

So, back here at my Sunday garden, I spent yesterday trying to rescue some hostas whose root systems were destroyed by voles.  I think I am reaching the point of being disgusted with fighting vermin.  There are things I would much rather spend my money on than killing various forms of rats - moles, voles, mice, chipmunks, ground squirrels, tree squirrels...  The next person who tells me they were here first and are god's creatures is going to get punched.  I guess if you are not a vegetable or flower gardener you think they are cute.  I already had to stop trying to grow vegetables due to rabbit and groundhog damage, so I do not appreciate the critters or the comments.  Now...

First, I have a video of the Cowsills singing The Rain, the Park and Other Things.  I only ever bought one 45 rpm single and this was the song.  I was never much of a rock and roll fan, but I did like this song.  Enjoy it while you look at this morning's pics. 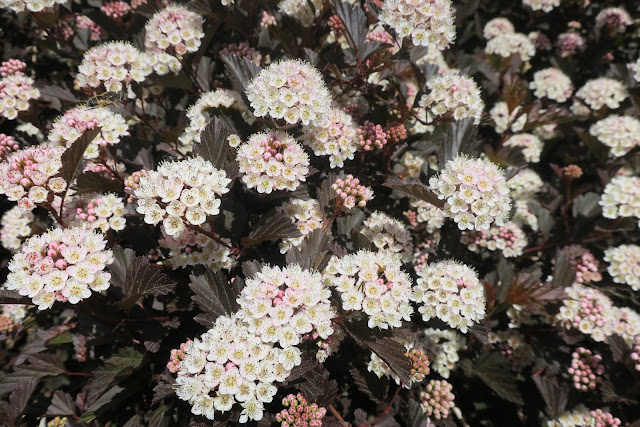 I have three varieties of ninebark shrubs and this one put on a beautiful show this year.  It is an older variety and I am not even sure it had a fancy name like the new cultivars do.  It is quite large too, topping the six-foot fence.  Below is 'Cup Race' iris with another ninebark shrub in the background. 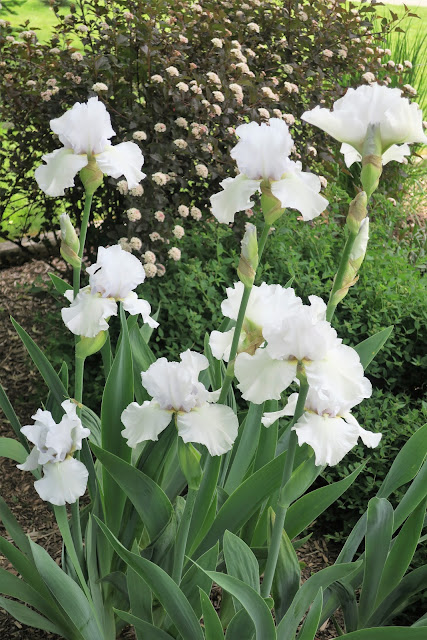 My Cornus Kousa dogwood opened and it is just lovely this year.  Covered completely in white flowers. 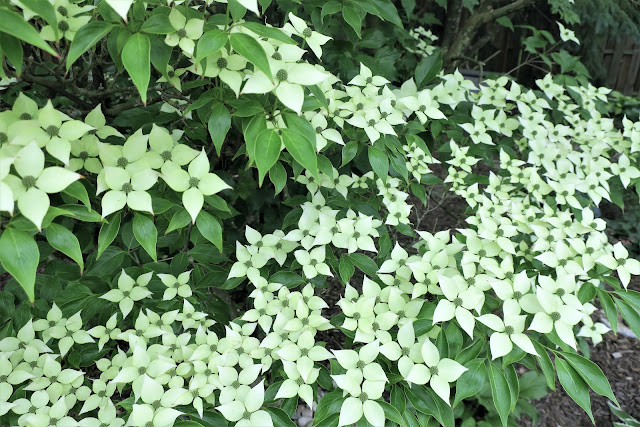 Next to it is a very old - 40+ years - mock orange shrub.  Last year it did not bloom because I had cut it to the ground the year before when we relandscaped the deck area.  This year it is lovely and the fragrance is magnificent. 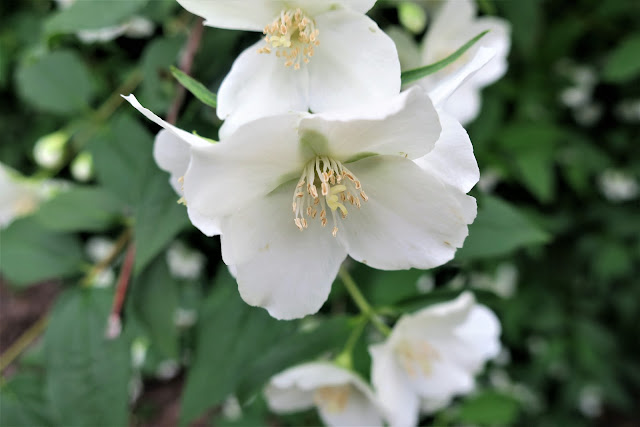 A new addition this year is an Itoh peony 'Bartzella': 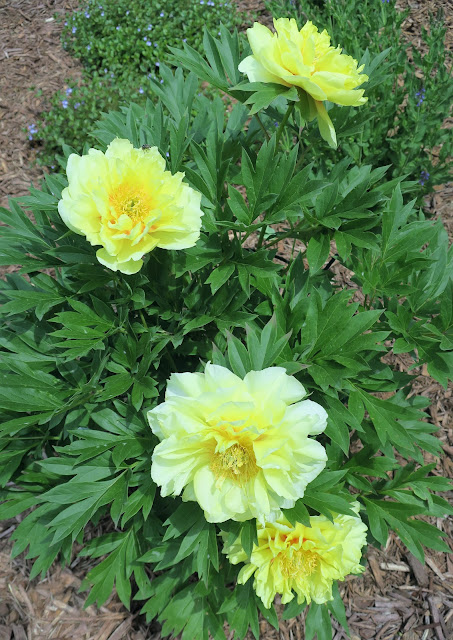 I don't know about you, but I think this close-up of the flower is just a little creepy: The first of the knock-out roses has opened.  Since this shrub is in the front yard, I have to keep spraying it to keep the deer away. 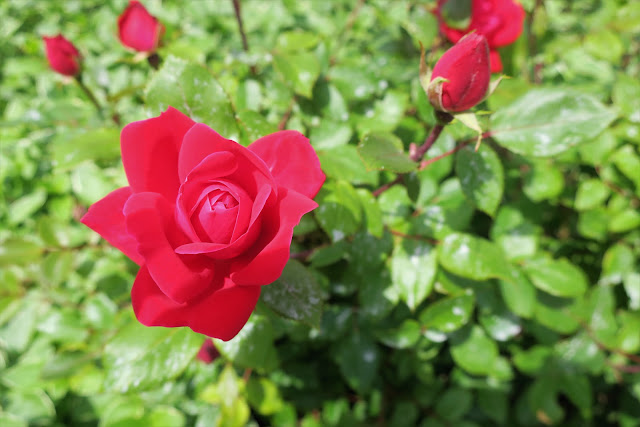 And I just had to post this picture of that peony with all the white blossoms now open: 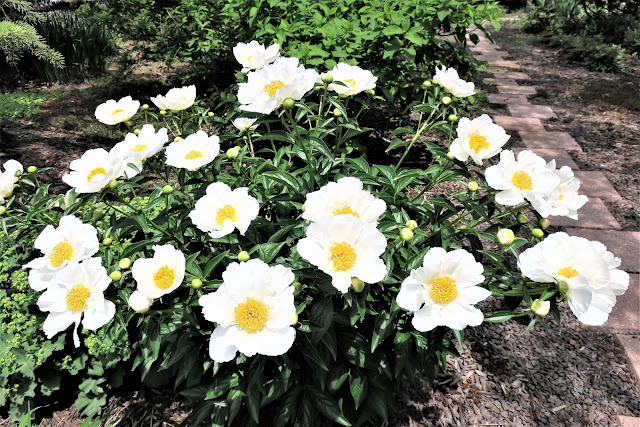 Last but not least, a photo of Wednesday's wisteria growing in front of the neighbor's ugly fence.  Can't wait for all the grasses to fill in and cover up it's ugliness.  Another neighbor called it a 'not neighbor friendly fence'.  He is right. 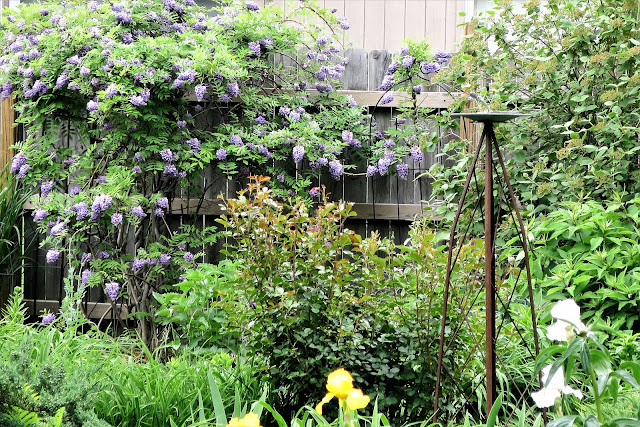 From the 'Flower Girl', have a great week.
Labels: flowers, gardens
Posted by Denise at 7:54 AM
Email ThisBlogThis!Share to TwitterShare to FacebookShare to Pinterest